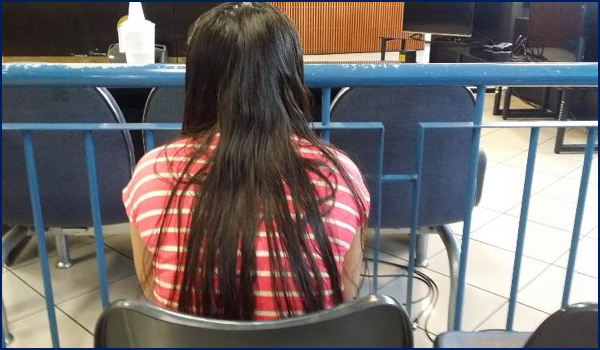 On 27 June we reported in the Campaign newsletter that a young girl, Evelyn Beatriz, at the age of 18, was the victim of rape in her community and became pregnant without realising it. She miscarried the pregnancy, without even having realised she was pregnant. When she went to the hospital for care, it was treated as suspicious and she was taken away to prison and charged. She was so frightened by everything that happened to her that she did not report the rape to anyone.

The case was heard yesterday, on 5 July. Her defence called for the case to be dismissed because she was innocent of any wrongdoing and there was no evidence that she had killed the baby. However, she was sentenced to 30 years in prison for “aggravated homicide” by the Tribunal de Sentencia de Cojutepeque.

Her defence team, Bertha María Deleón and Dennis Muñoz, expressed their disagreement with the ruling. They described it as “lacking technical arguments and based on prejudice”. They said “it was determined without taking into account that two expert witnesses, one in charge of the autopsy and the other in charge of the pathology study, pointed out that they had found the presence of meconium in the bronchia of the baby and this could have caused its death”. They also mentioned an irregularity that existed in the process, to do with contamination of the scene – that the police had washed the baby before it was examined by the Medecina Legal (Legal Medicine).

They said they will appeal the ruling and take it up to the Supreme Court of El Salvador if necessary.

This is only one of many other cases of women in El Salvador, mostly young and very poor, who have been sent to prison on such charges with little or no evidence. All over Latin America, women’s movement groups are condemning the courts whose judgements in El Salvador create an injustice through the lifelong sentences they are imposing on innocent young women like Evelyn Beatriz without just cause.

This court judgement is a gross violation of justice and of the human rights of all women who have miscarriages and stillbirths, for which they should never be held responsible in any form, and particularly not criminally responsible. We call on the government of El Salvador to pass legislation that will prevent women being sent to prison in this manner. We also call on them to decriminalize abortion, because it is the criminal law on abortion that the police and judges are confusing here and as a result are criminalizing any delivery of a pregnancy that does not result in a live birth. Lastly, we urge the human rights system in Latin America to offer to the government of El Salvador to provide the police and judges with training in these medical issues if they are going to continue to be forced to hear cases in which they have no medical expertise or background. This trial, like others before it, shows that the realities of women’s reproductive health matters, whether miscarriages, stillbirths or induced abortions, do not belong in a criminal court.

We are ready to organise international solidarity at the request of the movement in El Salvador.

For an in-depth analysis of all the cases in El Salvador like this one, see: Pregnancy and the 40-Year prison sentence: How “abortion Is murder” became institutionalized in the Salvadoran judicial system, by Jocelyn Viterna and José Santos Guardado Bautista, Health and Human Rights, June 2017, at: https://cdn2.sph.harvard.edu/wp-content/uploads/sites/13/2017/06/Viterna.pdf