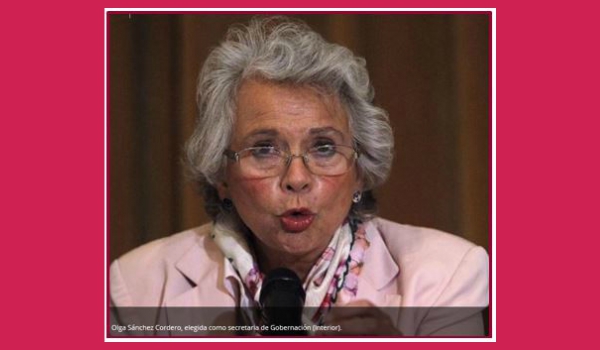 The new government of Andrés Manuel López Obrador will seek to decriminalise abortion throughout Mexico. The future Interior Minister, Olga Sánchez Cordero, recognising that this is a topic that polarises the country, will seek a permanent dialogue with the 32 state congresses on this issue. In an interview with Radio Fórmula in July, the ex-Supreme Court judge explained that she supports abortion up to 12 weeks because she believes that women “should not be deprived of their freedom”.

In 2007, Mexico City legalised abortion up to 12 weeks of gestation, which Sánchez Cordero wants to propose to the whole country.

On 1 December, Andrés Manuel López Obrador’s party, the Movimiento Regeneración Nacional (Movement for National Regeneration), will take control of 22 state congresses. López Obrador has stressed that the greatest challenge for the country is to end the wave of violence that caused 25,339 murders last year.

However, 18 of Mexico’s 32 states have laws that give legal protection to the fetus from conception, some passed directly in response to Mexico City’s law reform, while in the rest there are disparate laws that allow only two to five grounds for abortion. Olga Sánchez Cordero has her work cut out for her, and we wish the best in it!