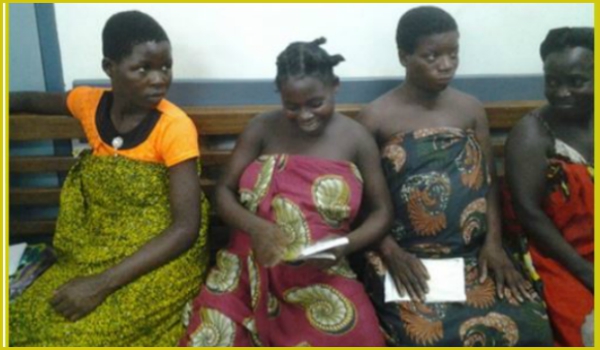 In May 2018, “Rachel” was a Standard 5 pregnant school drop-out. At the age of 15, she is already facing pregnancy complications befitting the age of her mother. It is over three months now since she walked into the maternity ward at Thyolo District Hospital to await her labour. When she arrived, the nurses told her that she would only deliver through caesarean section. The subsequent experience vindicated her fright. Fear haunts her. Discharge of fluid with blood stains was her ticket into early admission to the maternity ward at the district referral facility.

The sight of teen mothers like Rachel has sadly become all too familiar in Thyolo. A walk past the hospital gives you a glimpse of teenage girls walking or basking in the sun along the hospital’s fence.… About 38 in every 100 pregnant women at Thyolo District Hospital are teenagers who have come for antenatal care or are waiting for delivery. Almost all the girls are under-aged and dropped out of school at primary level. They experience a great many pregnancy complications; most end up with a caesarean section. Mirriam Windo, in-charge of the labour ward at the facility, says the high number of teenage pregnancies has resulted in an increased number of stillbirths and newborn deaths because pregnant teenagers’ bodies are not mature enough for the process of giving birth.

Thyolo District is on the move to reduce deaths of newborn babies. It has started with measures to stop the proliferation of teenage pregnancies, by asking local chiefs to discourage early marriages. Senior Chief Mphuka is one of the traditional leaders who is opposed to girls dropping out of school due to early marriage or teenage pregnancy. He has instituted committees led by village heads to ensure that both girls and boys of school-going age do not engage in sexual relationships, and has empowered all village heads to deal with any parent or guardian whose child “misbehaves”. The committees penalise any family with a fine of two goats if their child does not follow the set guidelines. “We encourage boys and girls to go back to school after dropping out for various reasons,” he says. “The proceeds from the fines are disbursed as bursary to needy students in my area.”

In February 2018, UNICEF launched the ‘Every Child Alive’ campaign in Thyolo. The aim is to ensure that every newborn baby in the district is prevented from dying during or after birth. The launch took place at Thyolo District Hospital. The main objective of the initiative, the traditional leader adds, is to reduce the number of girls who become pregnant and end up in marriage. And he believes there is one aspect which is key to solving this challenge: “We want them to focus on their education. It is only through this education that we can eliminate maternal and neonatal deaths in the district,” Mphuka says.

But not a word about contraception, condoms or abortion.