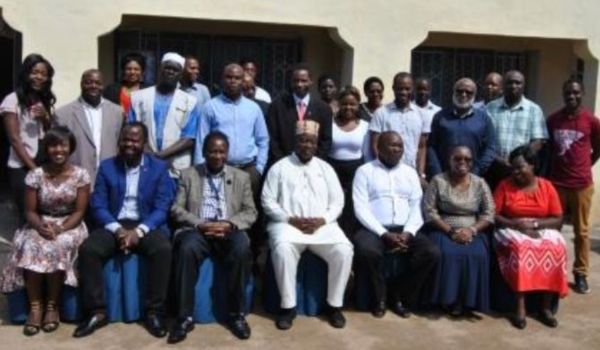 In January 2016, the Africa Commission on Human and Peoples’ Rights called for national laws on abortion to comply with its regional treaty agreements under the Maputo Protocol. In July 2016, the then new Association of Gynaecologists and Obstetricians of Malawi backed abortion law reform. and a report said that politicians, academics and civil society organisations were calling for speedy abortion law reform in the country because of the high rates of mortality and morbidity from unsafe abortions. In April 2016, the facts and figures surrounding preventable deaths from unsafe abortions led to a shift in the stance of some of the country’s religious leaders, who showed support for the proposed Termination of Pregnancy Bill and a call to review and reform Malawi’s restrictive abortion laws.

On 2 June 2017, we carried a report from Malawi saying that the Ministry of Justice and Constitutional Affairs had published the July 2015 report of the Special Law Commission on the Review of Abortion Laws. The long-awaited Termination of Pregnancy Bill, as recommended by the Commission, had also been gazetted. It is still waiting for attention. Throughout 2017 and 2018, ongoing and valiant efforts to have the bill debated failed to bring about change. Unsafe abortions have remained rife.

Malawian law currently allows abortion only when the woman’s life is in danger. The bill would extend this to include cases of rape, defilement, and incest; gross fetal malformation incompatible with extra-uterine life; and cases where the continuation of the pregnancy may jeopardise the physical and mental health of the pregnant woman. Conservative religious leaders opposed law reform at the time.

In 2019, progressive religious and other leaders spoke out once more. In a training workshop in the south of Malawi on the subject of Abortion, Faith and Women’s Choices, religious leaders again called for passage of the Termination of Pregnancy Bill, along with action against gender-based violence and child marriage. Others also spoke out about abortion during the workshop: a Ministry of Health Spokesperson Joshua Mhlango, Dr Chisale Mhango of the Association of Gynaecologists and Obstetricians, Chance

Mlawubungu of Ipas Malawi, Godfrey Kangaude of the Nyale Institute of Reproductive Health, and Luke Tembo from Human Rights Defenders.

The news article by the Center for Solutions Journalism gave both a Christian and an Islamic perspective in its report, published on 24 February.

On 20 February, CSJ also reported that a senior traditional religious leader in northern Malawi, Chief Mabilabo Jere, had also spoken out on abortion in the Daily Times and called for the Termination of Pregnancy Bill to be passed. He spoke about the sadness of attending funerals of young girls and women who had died from unsafe abortions. And pointed out that it was the poor who suffered this fate, not women with money, who could afford to pay for a safe abortion in the city. He called unsafe abortion an issue of discrimination and class. He argued that this was not a religious issue or a debate about sin, but about how to save the lives of girls and women dying in the villages of Malawi.