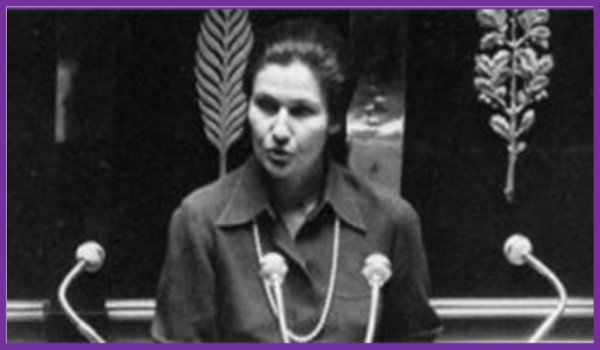 This is a translation into English of a blog by Mialy Randriamampianina, entitled “Vie de femmes – L’avortement, ce drame sous licence” published in L’express de Madagascar on 6 October 2017.

There are 75,000 clandestine abortions in Madagascar each year, according to data from the Ministry of Public Health, analysed by the University of Ankatso. Behind these figures, women’s lives are at stake. Abortion is still illegal and criminalised, first imposed under French colonial law.

Now, the National Council for Women of Madagascar have launched a discussion about the law on abortion. The discussion was opened on 27 September this year, during a meeting to pay tribute to Simone Veil, the French Minister who changed the abortion law in France.

This article includes two women’s accounts of their experience with terminating their pregnancies, one in the 1970s and one more recently, as well as their view on access to abortion.

Niaina was 27 years old when she had an abortion. She became pregnant after two years in a relationship that she “did not take seriously”. She confides: “I relied on natural contraception, using the calendar method. It was totally ineffective.” She went to a private clinic for the abortion. “It was done at the end of the corridor behind closed doors, in a small narrow room that could hold only a hospital bed. The operation lasted barely 15 minutes.”

For Niaina, the abortion remains a personal tragedy and indelible in her memory. “On one hand, I knew what I had to do and for this reason, I have no regrets. On the other hand, the moral and psychological effects were enormous. It was the silence especially that weighed on me, because abortion is absolutely prohibited and I could simply not talk about it to anyone. I had to keep it all inside me. Yet, if I had been able to talk to others about it, to explain some of this to girls, to boys, to couples, maybe it would reduce the need for abortion.”

“Drame” (a tragedy, a drama) is the word that is used as soon as we are talking about abortion. Simone Veil, in her historic speech before the French Parliament in 1976, said: “No woman talks about feeling light of heart in relation to abortion. You only have to listen to women. It is always a tragedy, and it will always remain one.”

The year 1976 was also the year when Perlette, who is now 62 years old, decided for an abortion. “At that time, there was no talk of sexuality with anyone and especially not with our parents, or any adult in fact. Family planning was virtually unknown. Realising that she was pregnant, she confided in her mother, who insisted that she have an abortion. “In the 1970s, a young pregnant girl who had all the chances in life would see her future sink. Being single and pregnant was synonymous with shame. It was an unbearable paradox: I had an abortion to avoid the condemnation of my community, but the act itself of having an abortion was also considered to be despicable in my community. And this same community finds it despicable or dangerous to teach sex education to young people.”

Sex education, 40 years later, still remains in its infancy. For Perlette, this is a great loss of for the society. “People still consider it wrong to educate young people about sexuality, contraception, the functioning of their bodies. It is thought this will encourage them to have early sexual activity. But I find, based on my own experience, that the reverse is true. We do not recognise the cost, the tragedy and the consequences of an unwanted pregnancy. To devote time to teach and share the good practices should really not be too much to ask.”

Should we decriminalise abortion? For Perlette, the answer is not obvious. “I come from a very conservative background. The weight of the Christian religion is important. I must take that into account. For me, the answer must be to strengthen sexuality education and access to contraception.” The pastor Lalaina Rajaonah, who spoke on the theme of the ethical issues surrounding abortion during the meeting on the Veil Law, stresses: “There is without doubt a need to reflect on this issue, particularly in the case of serious disease during pregnancy. However, the Christian position is clear: we protect life, which is sacred.”

For Niaina, decriminalisation of abortion is a discussion she considers inevitable. “Sooner or later, it will be necessary to have this discussion; we will have to talk about it. Clandestine abortion is dangerous. The solution is to ensure that abortions are managed in a medical environment, by medical staff and with psychological support before, during and afterwards. Before, to be sure whether abortion is the only possible solution, and that other options are not possible. During, because this is not a trivial matter. And afterwards, because once it is done, it is an open wound that we must live with.”

The initiative of the National Council of Women of Madagascar launches a debate on the law on abortion. It is a difficult subject in a social context where taboos and silence are common currency. “The goal is more than addressing only abortion. But before we get there and in order to get there, we must, among other things, ensure that those who need an abortion have the right to adequate health care and in a hospital setting,” according to the statements of the representatives of the National Council of Women of Madagascar.

Some words from men

“If another solution existed, a remedy other than abortion, I would certainly choose that other solution. But we must be realistic. The struggle for the decriminalisation of abortion is not the struggle only of women; men must stand by their sides. As far as I am concerned, I have no objection to ratifying the Maputo Protocol. I am of the opinion that women have the right to dispose of their own bodies and their lives themselves.” (Dr Kolo Roger, Senator and former Prime Minister)

“I want to add my voice to the tributes to Simone Veil, who was an exceptional woman. We need to have the strength to denounce a law that is now out of date.” (Jean-Omer Beriziky, former Prime Minister)

Article 317 of the Penal Code criminalises abortion and anyone who has practised abortion or provided the means to do so. Medical personnel who do so may incur a five-year suspension of any professional activity, or even permanent removal of their right to practise their profession. “These provisions of the Criminal Code on abortion were inspired by the Code Napoleon, which dates from 1810. Some passages contain the exact same words as that Code. It is strange that these provisions are still in force, 40 years after the speech of Simone Veil,” comments Mireille Rabenoro, President of the Independent National Commission on Human Rights.

International human rights bodies recommend “legalising abortion, at least in cases of pregnancy that is harmful to the health of the woman or serious fetal malformations, but also in the unhappy cases of incest or rape,” says Mireille Rabenoro. These same international bodies call on Member States to “review their legislation with a view to eliminating the prohibition of abortion without exception that encourages women to resort to unsafe abortions, putting their lives and their health in danger”, as stated by the Human Rights Committee in July 2017.

“Ratifying the Maputo Protocol on human rights and the rights of women is an important step,” explains Noro Ranaivozanany of the National Council of Women of Madagascar. “This protocol is the first legally binding instrument for African countries, with regard to the health of women. “In effect, Article 14 of the Protocol, which Madagascar has not yet adopted, addresses the “right to health and to control reproduction functions.”

The Maputo Protocol, translated into Malagasy

François Butedi, African Union advisor, has commented: “This provision means that it is the duty of the State that ratifies this Protocol to protect women against all situations which put them in danger. This includes clandestine abortions which are made in unsafe and dangerous conditions. The deliberate refusal of access to safe abortion in the circumstances described in Article 14, is in itself a form of violation of the rights of women to health, to life and to dignity. The Maputo Protocol, however, provides specific indications. This is not an absolute right.”

According to the estimates of the Ministry of Public Health, there are 75,000 abortions in Madagascar each year. In the only University Hospital for Gynecology and Obstetrics of Befelatanana, 350 cases of abortion were identified in 2009, of which 15 resulted in the death of the woman. If one uses the maternal mortality ratio for unsafe abortion in East Africa, which is 770 deaths per 100,000, it can be estimated that more than 500 Malagasy women are dying each year from the complications of clandestine abortions. These abortions are responsible for 13% of maternal mortality on the Big Island.

Of the 67,800 deaths globally due to complications of unsafe abortion, 300 take place in developed countries and 67,500 in developing countries. It is estimated that in a developing country such as Madagascar, there are some 330 deaths per 100,000 against 0.7 in developed countries. These figures, shared by the Independent National Commission on Human Rights (CNIDH), are the result of research by Friday Okonofua, Professor of Obstetrics and Gynaecology and Dean of the Faculty of Medical Sciences, University of Benin, Nigeria.

“It was also found that the level of education does not affect the choice whether or not to have an abortion. The women who make the decision to have an abortion come from all social classes,” says Mireille Rabenoro from the CINDH, although women who live below the poverty level have more dangerous abortions and more difficulty surviving them.

The debate goes on air 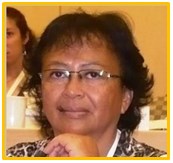 Listen to this radio interview (en français) with Mireille Rabenoro, Lecturer at the University of Antananarivo and President of the Independent National Human Rights Commission in Madagascar, who discusses the need to update the abortion law in Madagascar. Cap Ocean Indien, RFI France, 1 October 2017 ; PHOTO