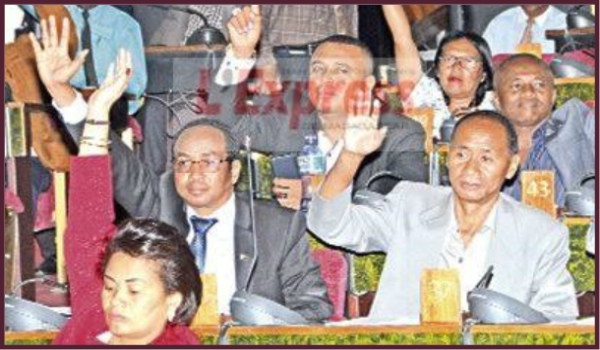 During consideration by the National Assembly of Madagascar of a bill supporting family planning, an amendment to delete Articles 22 and 23, which would have permitted therapeutic abortion, was passed on 13 December 2017. As a result, no grounds for abortion are permitted by the bill, and health professionals are now forbidden to provide an abortion, therapeutic or not, in Madagascar and would be liable to prison and loss of their medical position. This was apparently completely unexpected.

In fact, the Ministry of Public Health had intended the new legislation to allow therapeutic abortion. The Chamber of Deputies voted to approve this on 19 June. The Senators, however, recommended the deletion of these two articles as reprehensible, that same month. Senator Olivier Rakotovazaha said at the time: “Abortion is not consistent with Malagasy culture. Our blessings encourage even young married women to give birth to seven girls and seven boys. If abortion was permitted, it would change young people.”

The country’s physicians were flabbergasted. “But this will cost the lives of some mothers!” said several gynaecologists. Some said: “Serious and fatal forms of fetal anomaly oblige us to remove the fetus from the womb of its mother to prevent her from losing her life.” Another said: “Imagine that a woman who is about to give birth to her fourth child suddenly experiences severe bleeding. Who will you save? The baby – or the mother who has three children waiting for her?”

The Secretary-General of the Ministry of Public Health, Dr Joséa Ratsirarson, tried to calm the furore. “We are going to study this again later, how to legislate on therapeutic abortion, but also on euthanasia and other sensitive health issues,” he said. According to L’Express, this is unlikely to be soon – it took the Health Department two years to draft the family planning law.

According to the 2017 WHO Global Abortion Policies Database, in Madagascar the Reproductive Health Norms and Procedures 2006 and the Health Code of 2011 both permit post-abortion care in cases of abortion complications and to prevent maternal mortality and morbidity. Misoprostol was included in the List of Registered Medicines for gynaecological indications in 2014, and recent research showed that misoprostol is accessible by women even in rural areas.

Abortion in Madagascar is governed by the provisions of the Penal Code, which were largely inherited from the former French colonial government. Although the Penal Code contains no expressed exceptions to the general prohibition of abortion, under criminal law principles of necessity, an abortion can be performed to save the life of the pregnant woman. In all other circumstances, any person performing or attempting to perform an abortion is subject to imprisonment and a fine, including a woman who tries to abort herself.