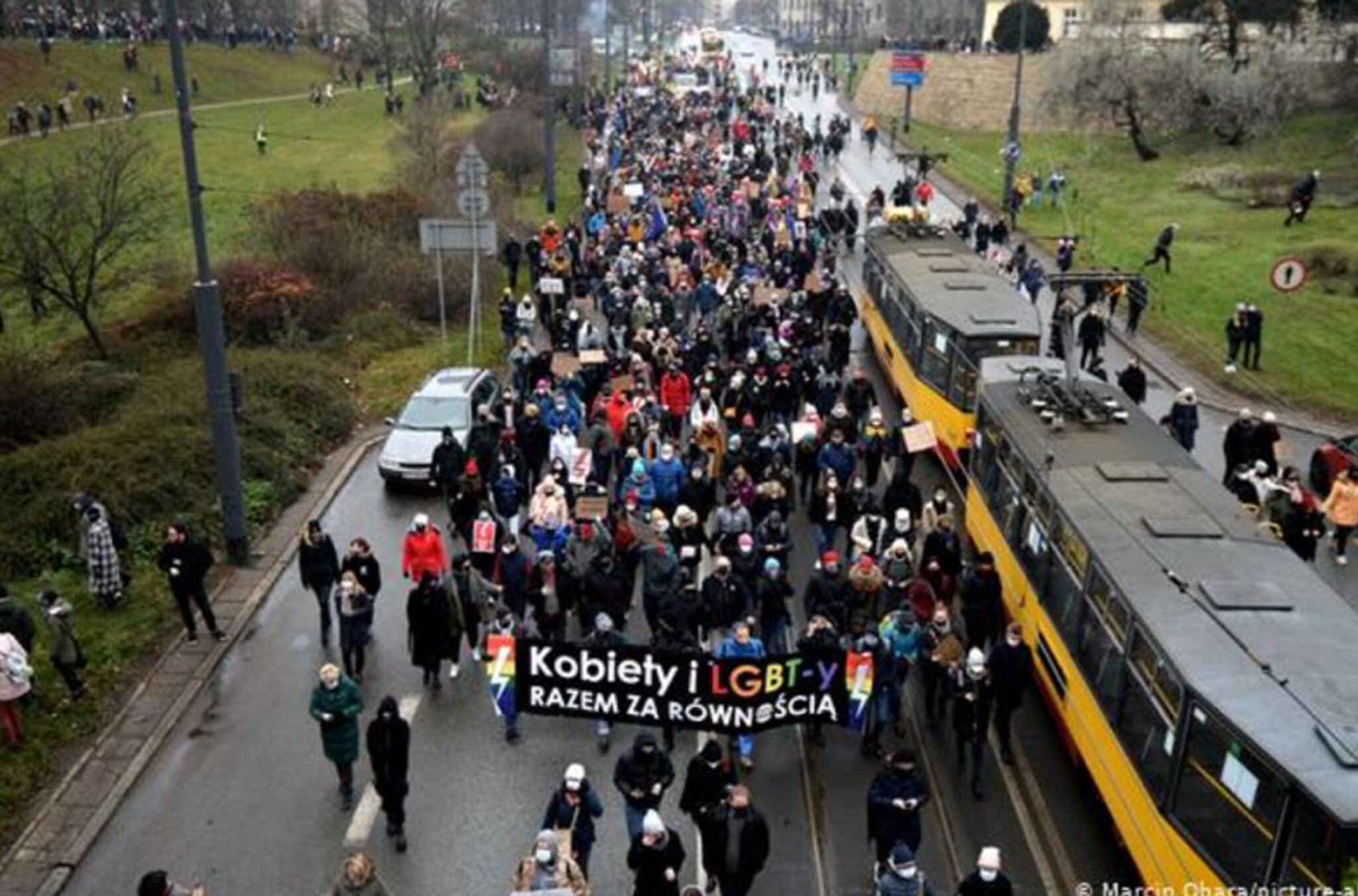 On 1 December 2020, ten international and European civil society organisations and over 110 Polish CSOs, members of the Great Coalition for Equality and Choice (Poland), sent a letter to the European Commission to raise concerns regarding the continuing deterioration of the rule of law and fundamental rights in Poland and to commend the European Commission’s ongoing efforts to hold the Polish government to account for violations of EU law in spite of Poland’s failure to comply.
FULL TEXT OF THE LETTER.

On 13 December, hundreds gathered in Warsaw at an anti-government protest, led by the national Women’s Strike. It was set to coincide with the 39th anniversary of the 1981 martial law crackdown by Poland’s then Communist regime, as many accuse the government of acting more like the authoritarian regime of that time. “The governing party PiS is conducting a war with the entire world: with youth, with teachers, doctors, entrepreneurs, public sector employees, and with Europe. Without introducing a state of emergency, they have in fact introduced martial law,” the organisers wrote on social media prior to the march.

Protesters wearing masks marched through central Warsaw holding anti-government placards and displaying Polish, EU and rainbow flags. The theme of the march was: ”We are going for freedom. We are going for everything!”

The march began at a central intersection and headed towards the home of Jaroslaw Kaczynski, the head of the ruling Law and Justice (PiS) party, the deputy prime minister, who is seen as the country’s de facto leader.

Police repeatedly called on the crowd to disperse, and anti-riot units blocked the protesters, forcing them to take another route along the Vistula River to reach Kaczynski’s home in a northern district. However, the apartment building was surrounded by hundreds of police officers in riot gear and some 80 police vans, preventing the protesters from getting near the property.

The demonstrators on the march were very peaceful – but one woman had her hand broken by a policeman. You can hear her screaming on this video, which also shows the extent of the police presence. The clip has been viewed 36,000 times.

In Cambridge, UK, the Polish community demonstrated their solidarity with those in Poland for the second time, as part of the Global Solidarity Manifesto.

When asked how soon the courts will handle the court cases of the 900+ people who have been charged for demonstrating, lawyers have been told it will take two years, which if true will affect people’s lives a great deal in the meantime.

A recent poll found that the PiS has lost a lot of support nationally, down to 30% only.

As regards the new European Union budget and the newly agreed Rule of Law conditions that apply to all member states, a Regulation has been passed clarifying the process of dealing with breaches of the Union’s values. It states that the European Commission intends to develop and adopt guidelines on the way it will apply the Regulation, including a methodology for carrying out its assessment of any breach. These are fully explained in the Conclusions of the European Council meeting of 10/11 December 2020.

IPPF Europe Network said on 11 December: “We are relieved that an agreement was reached to make EU funds to member states conditional on them respecting the #RuleofLaw. We ask the EU to implement the mechanism without delay to protect EU values and take firm action when they are violated.”