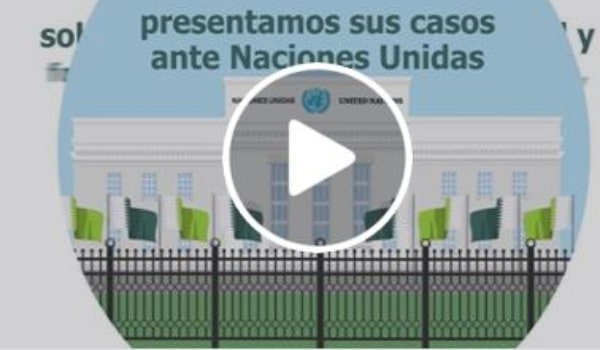 Women and girls in Latin America and the Caribbean are frequently forced to carry unwanted pregnancies to term due to restrictive abortion laws or the lack of implementation of the current law establishing its legality. Abortion is completely illegal in Nicaragua, El Salvador, Haiti, Honduras, Dominican Republic, and Suriname. In Guatemala, abortion is only legal to avoid risk to a pregnant woman’s life, which is typically interpreted to mean immediate and imminent death. In Peru and Ecuador, abortion is legal when women’s health and life is at risk, but women face multiple barriers in accessing abortion services.

In Latin America, the number of sexually abused girls who become pregnant is increasing. Official data shows that in Ecuador the birth rate among girls aged 10-14 years grew from 2.5 per 1,000 births in 2013 to 8 per 1,000 births in 2016 – which means that 2,700 girls under 14 years gave birth each year. In Guatemala, in 2018, 2,256 girls aged 10-14 years gave birth. In Peru, 4 girls under age 15 give birth every day. In Nicaragua, 8 out of 10 sexual violence survivors are girls under age 13. Maternal mortality increases when pregnancies occur in girls younger than age 14.

The lawsuit demands accountability, justice and reparation and calls for the adoption and implementation of policies to protect the sexual and reproductive rights of all women and girls. This is the first time that four cases are presented before the UNHRC with a combined strategy against different States to tackle a regional issue, and are emblematic of ongoing systematic human rights abuses throughout the region, where girls are regularly subjected to sexual abuse and forced into pregnancies and motherhood against their will.

The goal of the litigation is to make visible the effect on health that girls suffer in highly restrictive contexts for sexual and reproductive rights. Each nation is obligated to guarantee the girls’ rights to life and health, to be able to make their own decisions regarding their bodies and path in life, and to live free of gender-based discrimination and violence.

The video by Niñas No Madres says many of these pregnancies are the result of sexual abuse, which is hidden rather than punished: the men who often make them pregnant are their fathers, other family members, and teachers. The health risks of these pregnancies for girls include risk to life and multiple morbidities, pre-eclampsia, damage to pelvic bones, anaemia, depression, anxiety, social stigmatisation, poverty, dropping out of school, as well as 50% neonatal death (probably due to obstructed labour). An estimated two million girls are affected worldwide every year.

SOURCES: Press release, by Center for Reproductive Rights, 29 May 2019 ; Video, by Niñas no Madres (en español)