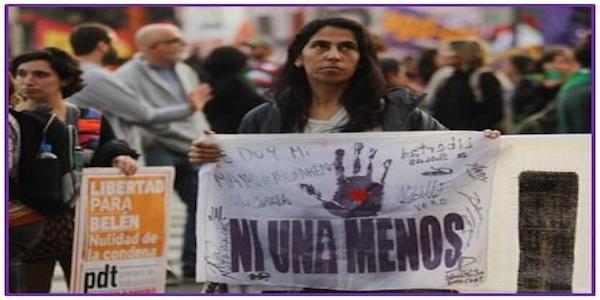 The partial decriminalisation of abortion in Chile is a small step forward in a region with more than two million illegal abortions a year.

Abortion remains one of the great taboo issues in Latin America. The termination of pregnancy is defined as a crime in almost all national legislation and its recent decriminalization in Chile on three grounds has not reopened the debate in other countries in the region. Yet the gap between the law and the reality continues to be dramatically present. In the world region with the highest percentage of unplanned pregnancies, 56% according to the United Nations, each year hundreds of thousands of women have a clandestine abortion and complications arising from these interventions represent one of the main causes of maternal mortality, as many as 67 deaths per 100,000 live births, according to la Cepal.

The annual number of illegal abortions can only be estimated on the basis of unofficial data, in the absence of government statistics, but the number clearly exceed two million, and that number includes only cases in Brazil (no less than one million), Argentina (500,000), Colombia (400,000) and Chile (160,000)…

The situation is worse in countries where abortion is only permitted if the pregnancy poses a risk to the life of the woman or girl, such as Paraguay, one of the most Catholic countries on the continent. In 2015, the case of Mainumby, a 10-year-old girl who became pregnant after being raped by her stepfather, sparked an international campaign calling for her to be allowed to have an abortion. All in vain. The Paraguayan courts rejected the possibility and the small child became a mother at the age of 11 years….

This is not an unusual story. This month, a news report was published from Mendoza, Argentina, where a girl aged 10 years was found to be 32 weeks pregnant. Her uncle, age 23 years, was arrested, accused of repeatedly raping her in the family home. He faces 8-20 years in prison. An abortion was requested but was ruled out as being “too late”. Public shock notwithstanding, in 2015, 90 girls aged 11–12 years old were reported to have given birth in Argentina.

In the Central American countries, abortion is not even an option if the woman may die or has been raped. The punishment is high prison sentences…. But none of these prohibitions and obstacles deter the women of Latin America. In the majority of countries, there is a black market for abortion pills and networks of clandestine clinics. Added to the fear of prison is social condemnation and stigmatisation. The progress of Chile is only a very small step on a path full of obstacles.