Home » News » LANGUAGE OF ABORTION – “Without any indication”: stigma and a hidden curriculum within medical students’ discussion of elective abortion 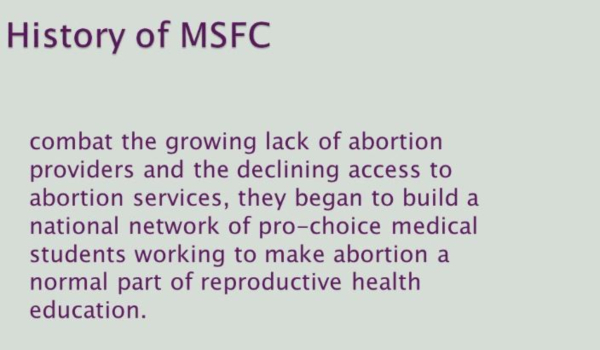 Pregnancy termination is a common, beneficial medical procedure, but abortion care in the United States is stigmatized. Language, including categorization of some abortions as elective, may both reflect and convey stigma. We present a history of the term “elective” in reference to abortion, followed by data demonstrating its use by a sample of contemporary medical trainees and an analysis of the term’s relationship to abortion stigma, medical training, and patient access to abortion care.

We analyzed interviews with 41 U.S. medical students who had applied to residency programs in obstetrics and gynecology. Participants discussed experiences with, and attitudes toward, abortion before and during medical school, and plans to perform abortions in future practice. We inductively coded participants’ use of “elective” in reference to abortion and analyzed their meanings.

Participants did not use “elective” according to its medical definition, which conveys an absence of urgency for surgery. Instead, “elective” identified a subset of abortions that lacked maternal or fetal medical indications. “Elective” negatively marked and isolated some abortions, and participants used the term to convey judgment about patients’ social and reproductive histories. Participants saw medical and psychosocial indications as mutually exclusive, and became confused when interrelated factors influenced patients’ abortion decisions. They ignored the voluntary nature of abortion in the setting of medical illness, sexual violence, or fetal complications, and accepted discrimination against women seeking abortion for psychosocial indications as normal and ethical.

The term “elective” enables the creation and perpetuation of abortion stigma, and contributes to a hidden curriculum for abortion training in medical education that distracts from core content, incorporates social judgment of patients into medical practice, and promotes normative gender concepts. Our findings support calls to improve the language of abortion care to ensure policies and training environments are consistent with professional standards.

The abstract of this commentary concludes:

The phrase “elective abortion” should be eliminated from scientific and medical discourse to prevent further damage to the public understanding of the variety of indications for which women require expeditious and equitable access to induced abortion.