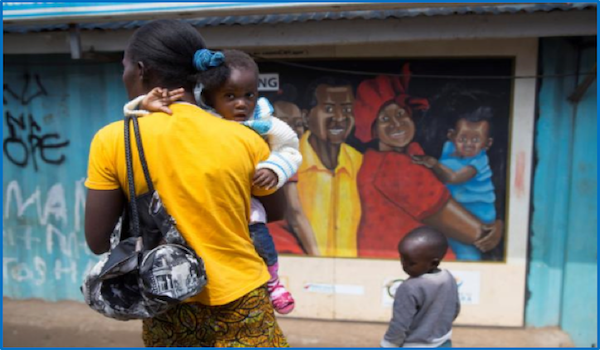 The policy means cuts to programs like the one run by Monica Oguttu, who founded the Kisumu Medical and Education Trust to help poor women get health care and education in the country’s third largest city.

The trust had been scheduled to receive a total of $2 million from USAID from 2017 to 2021, around 56% of its budget. It now expects to lose all its US funding.

Oguttu founded the organization after discovering that half of the women in her gynecological ward in a Nairobi teaching hospital were there because of the damage done by backstreet abortions. “One in five of them went home in a coffin,” she said. “There was a 17-year-old girl who had lost her uterus and had damage to her rectum. She went home with a colostomy bag . . . We would like to save these women.”

Oguttu said she remembered when US President George Bush reinstated the policy in 2001. Aid groups had to shut eight clinics in Kenya and hike prices in others, according to a study by the Population Action International.

“Suddenly there were no contraceptive methods,” she said. “We had so many more complications having to do with post-abortion care from unsafe abortions… We saw it happen last time and we dread it coming again.”

Cuts will force Oguttu’s Trust to start charging for contraceptives which are currently free, she said.

The Kenyan Health Ministry, recently rocked by strikes in public hospitals and a major corruption scandal, did not return calls seeking comment.