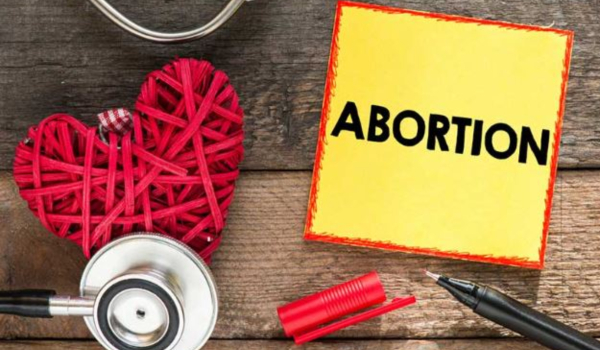 Carol, 20, almost became a statistic because of an orgasm. “I had to get rid of the pregnancy. I am still waiting to join college and my parents would have been mad had they known,” she said. A friend advised her to visit a private doctor, where she was charged a consultation fee of Sh3, 000. “I was then given options. Pills would have costed me Sh10, 000, while the charge for a surgical procedure was Sh30, 000,” she says. Carol paid Sh10, 000 and was given four pills and instructed to swallow two and insert the other two in her vagina. What followed were three days of excruciating pain, accompanied by menses-like bleeding on the first two days and heavy bleeding with clots on the third day.

“On the fourth day, the bleeding subsided, but the pain became unbearable. This forced me to call the doctor who asked me to go and see him.” She claims she had to keep taking painkillers to help relieve pain that “almost made me lose my mind”. She thought the doctor would examine her before making a diagnosis. He never did. “He just asked me if I was in pain and when I said yes, he said I needed to be cleaned in a theatre at a cost of Sh38, 000. He never examined me to establish if there were complications.” But because she didn’t have that kind of cash, Carol opted to go back home. Eventually, the pain subsided and the bleeding lessened and finally disappeared. “I only came to realise that I could have actually walked into any chemist myself and bought a drug to stop the bleeding for just Sh200 per tablet and swallowed it instead of wasting all that money on a private doctor.”

The Kenya Medical Association estimated in 2012 that nearly 465,000 Kenyans have abortions annually. Some 119,912 women experience complications related to induce abortions every year, and are treated for bleeding, sepsis, shock and organ failure. Health experts say that those who do not seek medical attention after unsafe abortion could get well, suffer in silence, or die. Research published in BMC Pregnancy and Childbirth in 2016 indicated that young women aged 10-24 years are at heightened risk of unsafe abortion due to their high vulnerability to unintended pregnancies.

A spot check by The Nairobian found that the drug is readily available in most pharmacies. Some chemists, however, claim they only sell to those with prescriptions from gynaecologists. Some doctors are said to be taking advantage to mint money from their patients’ desperation. Some doctors ask for as much as Sh50, 000, yet post-abortion care costs only a tenth of this in most public hospitals.

A leading gynaecologist said that post-abortion care is a common feature in public health facilities which is mainly required to solve the problems created by rogue practitioners in backstreet clinics.

“After the damage has been done out there, public healthcare facilities end up with the burden of care.” Treating abortion complications requires about eight hours of a medical practitioner’s time according to a report by the Africa Population Health Research Center, who further estimated that public facilities in Kenya spent half a billion shillings on these cases in 2016.