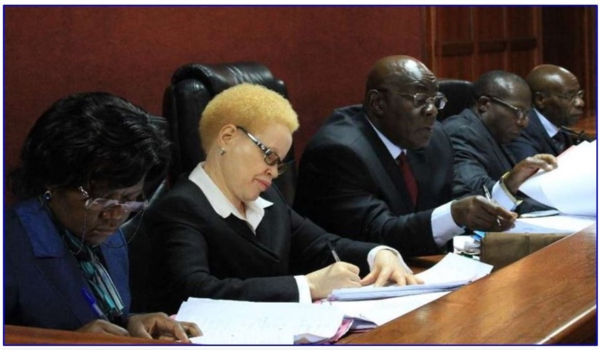 The case is about the reinstatement of the Standards and Guidelines on Reducing Maternal Mortality and Morbidity from Unsafe Abortion in Kenya, which was heard from 22–24 May by a five-judge bench at the High Court of Kenya at Milimani in Nairobi, in the Judicial Review Division.

The Standards and Guidelines were first published by the Ministry of Health in September 2012. They included up-to-date guidance based on the 2012 WHO Safe Abortion Guidance, and were widely considered to be a forward-looking, comprehensive document. The Ministry of Health also issued a curriculum for the training of mid-level providers, including nurses and midwives. Then, 15 months later, in December 2013, the Ministry of Health abruptly withdrew the Standards and Guidelines, arguing that there was a need for wider stakeholder consultation on some of the contents of the document, banned the use of Medabon (combined packet of mifepristone-misoprostol abortion pills), even though they had been approved, and halted the safe abortion training programme. This was a consequence of restrictions imposed by USAID, which led to all work towards promoting safe abortion in the country by USAID-funded institutions to stop, and which has not been re-instituted to this day. This happened under Barack Obama, who opted not to do anything about it.

The petition to reinstate the guidelines was initially filed in the Nairobi High Court on 15 December 2016. That court referred the case directly to the Supreme Court, where it has been on a back burner ever since, but it is now being taken up by the High Court on Nairobi once again. Obstetrician-gynaecologist Joseph Karanja opened the case on 22 May by urging the court to compel the government to reinstate the Guidelines so as to save the lives of women at risk of unsafe, botched abortions. He said Kenyatta Hospital is grappling with 10-15 such cases on a daily basis. 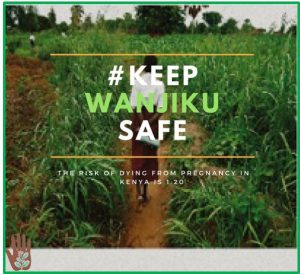 The risk of dying from pregnancy in Kenya is 1:20. Wanjiku symbolises all the young women in Kenya who have become pregnant and were forced to seek an unsafe abortion at the cost of their lives.