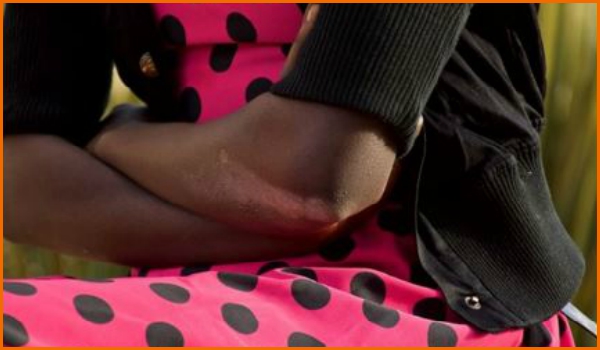 FIDA Kenya and the Center for Reproductive Rights (CRR) Kenya have been in court this month once again, for the continuation of the case they filed challenging the decision by the Ministry of Health to withdraw the Standards and Guidelines for Reducing Morbidity & Mortality from Unsafe Abortion in Kenya 2012 in December 2013. They were also representing a petition on behalf of an adolescent girl called JMM who in 2014, at the age of 15, had an unsafe abortion following rape and on behalf of all Kenyan women of reproductive age who have been denied access to safe abortions. It was announced publicly after the case reopened in July that JMM had died a slow and painful death in June 2018 as a result of her injuries.

FIDA is arguing that the absence of standards and guidelines means that health workers who want to provide safe abortions or treat complications of unsafe abortion have no access to training in abortion care, including to develop life-saving skills, or be able to provide women with accurate information. The Guidelines also clarified when abortion was legal, or not, which providers considered protective for themselves so as not to risk prosecution. With CRR, they are calling for training for abortion providers to be reinstituted along with the guidelines and with Medabon, the combination mifepristone–misoprostol abortion pill packet, which was also withdrawn at the time.

.The 2010 text added to the Constitution reads: “Abortion is not permitted unless, in the opinion of a trained health professional, there is need for emergency treatment, or the life or health of the mother is in danger, or if permitted by any other written law.”

JMM had to be transferred between four separate facilities because medical staff did not have the knowledge, training or equipment to treat her. She had suffered kidney failure and had been bedridden for several months before her death. The Court will need to judge whether the government of Kenya is responsible for her death, and those of other girls and women who have died from unsafe abortions, and whether compensation is due.

The Ministry of Health is reported to have said they are in the process of getting together new guidelines on safe abortion, primarily to help poor women who end up getting dangerous abortions from untrained backstreet providers. According to Dr Joel Gondi, Head of the Reproductive and Maternal Health Service Union, the government’s primary focus is to preserve life and reduce maternal morbidity.

The hearing was adjourned until 18 September; judgment is expected before the end of the year. 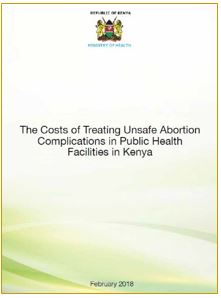 Meanwhile, research published in February 2018 indicates that nearly half a million induced abortions – most of them unsafe – occurred in Kenya in 2012, resulting in different forms and intensities of complications. Most were treated in public health facilities. This study looked at estimated costs of these services, based on reported cases, by severity of complications, based on nationally representative data in public facilities on the direct costs of healthcare provider time, drugs and supplies needed to provide complete treatment to one patient; and secondary data on women hospitalised in public health facilities for complications of induced abortion.

Other recent articles from Kenya:

Girl, 15, remanded for procuring an abortion in Baringo

Medic, 65, in jail after woman dies during abortion procedure

Woman, 60, charged with murder after girl dies during abortion