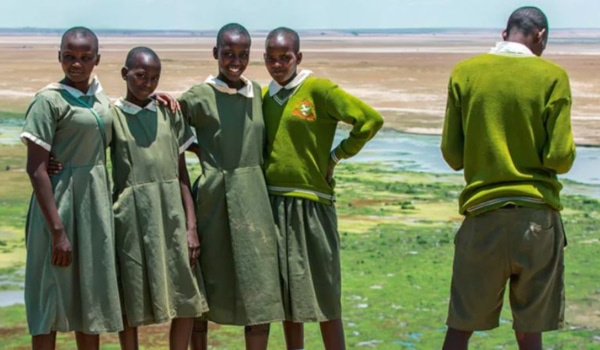 The subject of teen pregnancy following the school holidays is apparently well known in Kenya. One young woman, with the support of her mother but not the young man she got pregnant with, managed to stay in school and continue her education. But not everyone has that opportunity. In 2016, a study by the Centre for the Study of Adolescence found that each year in Kenya, some 13,000 girls drop out of school due to unintended pregnancies. Another 2016 survey by the Population Council in Homa Bay County showed 80% of teenage pregnancies occurred in primary school. And this year, in the space of only two months, 69 girls aged between 10 and 14 delivered in public health facilities in Nyamira County.

Sexual debut in Kenya occurs at about 15 years of age, according to the Kenya Demographic and Health Survey (KDHS) 2014, and so do teenage pregnancies. In Siaya County, for example, half of teenagers have their sexual debut by the age of 17. In Siaya County, teenage pregnancy stands at 35% according to the county Director of Health, Dr Ken Oruenjo. This is twice the national average, which is at 18%, according to KDHS 2014. At one health centre in Siaya County, there were 38 antenatal care visits and 15 deliveries by girls under the age of 17 between January and April this year. Dr Oruenjo says: “We have decided to bring stakeholders from education, health, civil society and young people together to discuss the way out of this challenge.” Ezekiel Ojwang, the reproductive health coordinator, says that four in five teenage pregnancies in the county are unintended. He thinks a solution has to be found. But although he acknowledges the extent of unsafe abortions and the resources required to treat them, he says nothing about providing safe abortion. Country-specific adolescent mortality data are apparently not available.

Reports like this abound in Kenyan media. In November 2018, for example, it was reported that during Kenya’s national schools exams, an alarming number of girlswere reportedto be pregnant or in labour, and so couldn’t take the exam. In justone county, 72 girls taking the exams were pregnant while 38 gave birth before the test.

Many pregnancies are the result of rape and sexual abuse. The Mijikenda Kaya Elders Association, expressing concern about teen pregnancies in light of revelations that the Malindi Law Courts alone handle 30 defilement cases every month, said they would “curse those defiling underage girls”.

The National Adolescent Sexual and Reproductive Health Policy 2015 calls for age-appropriate sexuality education. Is it provided, or making any difference? How many adolescent-friendly clinics providing contraceptives inside and outside schools exist in Kenya? According to The Conversation, there is no sexuality education and contraceptive use among teens hasbeen consistentlylow, increasing to just 10% in 2014 from 6% five years earlier.

In 1996, according to The Conversation, Kenya introduced a school re-entry policy that aimed to ensure return to school for all pregnant girls soon after weaning their babies. But this is weakly implemented as there’s a mismatch between policy and practice, with many heads of schools not aware of the policy. The policy alsodoesn’t haveenough financial support to be implemented – there’s not enough money to train teachers or principals on how to reintegrate the young mothers.