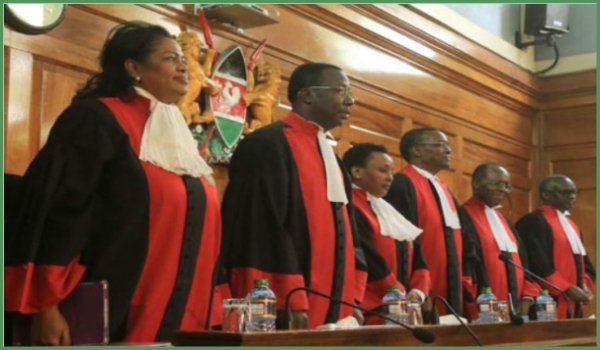 “Laws that criminalise abortion but without concomitantly articulating clearly the grounds for lawful abortion… unduly deter healthcare providers from providing health services to women even where abortion is lawful. Equally, such laws create misperceptions about abortion as conduct that is criminal at all times.” (Charles Ngwena, 2013. Reforming African abortion laws to achieve transparency: arguments from equality. African Journal of International and Comparative Law 2013:21(3):398-426.)

The above quote sums up perfectly the unresolved state of abortion law in Kenya, and the resulting limited access to safe abortion in the country. In 2010, a reform of the Constitution permitted abortion in certain circumstances, and Kenya ratified the Maputo Protocol. However, they put reservations on Article 14(2C), which is the clause on abortion, and therefore do not need to comply with it.

In 2011, the Ministry of Health set up a working group that included NGOs who supported safe abortion in Kenya to draft guidance on abortion provision in line with the law. The guidelines – Standards and Guidelines on Reducing Maternal Mortality and Morbidity from Unsafe Abortion – were published in September 2012. They included up-to-date guidance from the 2012 WHO Safe Abortion Guidance, and were widely considered to be a forward-looking, comprehensive document. The Ministry also issued a curriculum for the training of mid-level providers, including nurses and midwives. Then, 15 months later, in December 2013 the Ministry of Health abruptly withdrew the Standards and Guidelines, arguing that there was a need for wider stakeholder consultation on some of the contents of the document, and also halted the safe abortion training programme. This was a consequence of restrictions imposed by USAID, which led to all work towards promoting safe abortion in the country by USAID-funded institutions to stop, and which has not been re-instituted to this day. This happened under Barack Obama, who opted not to do anything about it.

The withdrawal of the guidelines is the subject of a long-standing petition to the Kenyan Supreme Court, which was initially filed in the Nairobi High Court on 15 December 2016. That court referred the case directly to the Supreme Court, where it has been pending ever since.

The petition was filed by the Centre for Reproductive Rights (CRR) in Nairobi on behalf of the Federation of Women Lawyers (FIDA) Kenya, two community human rights mobilisers, and all Kenyan women of reproductive age who have been denied access to safe abortions under the Constitutional reform of 2010. Other parties in the case include Article 19, National Gender and Equality Commission, and Physicians for Human Rights.

The petition asks the Supreme Court to reinstitute the 2012 guidelines so that women with unwanted pregnancies are again able to access safe abortion services that are already legal under existing law.

“The withdrawal of the guidelines by the Ministry of Health created a climate where Kenyan women and girls find it difficult to access safe and legal abortions,” said Evelyn Opondo of CRR. The guidelines were essential in clarifying when health professionals could provide abortions services in line with the Constitution. Their withdrawal has put health practitioners at a loss as to when an abortion would be accepted as legal, stopped training for provision of abortion and led to an increase in women attending at Kenyatta National Hospital with complications arising from unsafe abortions.

Prof Joseph Karanja testified that the withdrawal of the guidelines” in 2013, “scared” health practitioners and none of them would offer training on safe abortion. He also said the withdrawal of the combination pack of medicines mifepristone and misoprostol, one of the two main methods of safe abortion recommended by WHO for abortion, had caused confusion among health practitioners as they understood that it was one of the two safe abortion methods. He also said nurses and midwives are the most accessible health workers in Kenya, and it was advisable to train them on safe abortion. But because of lack of training: “Every little problem is referred to Kenyatta National Hospital and Moi Teaching and Referral Hospital in Eldoret”. He told the court that training for abortion provision is the norm worldwide and it was therefore a shocker when Kenya banned it, yet abortions were still being carried out.

The petitioners argue that the Ministry’s actions violate the rights of women and health workers under the law. The hearing was adjourned until 22 May.

Sadly, practically the same points made when the case was first opened in June 2016, reported in The Nation, were it seems repeated in the courtroom on 3 February 2018.