My body is not yours to control!

Kajiya Kazane started this petition to the Ministry of Health, Labour and Welfare, Japan

We demand that Japan abolish the law that deprives women of bodily autonomy and forces them to continue unwanted pregnancies and give birth against their will.

Japan is one of only 12 countries in the world where pregnant women need to seek “permission” from their husband, which means Japanese women cannot make their own decision to terminate a pregnancy.

Maternal Body Protection Law gives a husband the right to force their wife to continue an unwanted pregnancy. Without a male signature on the consent form, women are forced to give birth against their will. If a woman gets an abortion without male consent by fabricating the form, she can face up to one year in prison.

This law applies to all married women.

For example, a 21-year old student was denied an abortion and forced to give birth against her will only because she couldn’t get permission from her ex-boyfriend who had already abandoned her. She sought an abortion and asked for help many times. Yet doctors denied her request, saying that she needed to get consent from her ex-boyfriend whom she could no longer reach. She gave birth alone in a public restroom and passed out. The baby died while she was unconscious from the pain and bleeding. Not knowing what to do, she later buried the baby’s body inside a park. She was found guilty and received a 5-year suspended sentence and probation, which will stay on her criminal record.

Apart from the requirement for male permission, abortion care in Japan is sexually and financially abusive in many ways.

In Japan, the cost of abortion ranges from 900 USD to 3600 USD. Abortion is NOT covered by insurance at all, so women have to pay for the procedure out of their pocket.

The dilation and curettage (D&C) surgical method is used in over 80% of first trimester abortions in Japan, which is not only obsolete but also increases the risks of damaging the womb and causing complications.

Abortion pills are not yet legalized yet, so women are forced to wait until the embryo becomes a fetus that can be scraped out through surgery.

By making abortion extremely expensive, limiting abortion methods which require women to wait weeks for a procedure, and requiring 3rd party’s authorization, regulations make it more difficult for women to access the medical care they need and deserve.

Women have the human right to decide what they want to do with their bodies. Depriving women of bodily autonomy is human right infringement and sexual abuse by the nation!

I demand the Japanese government and the Ministry of Health, Labour and Welfare abolish the male consent requirement for abortion care and let women make decisions on their bodies as independent human beings.

To promote gender equality it is critical that the government recognize that women are capable of making decisions responsibly and independently just like men.

I would like the world to know Japanese women are still not allowed to make decisions independently. A lot of people have been forced to give birth just because they “failed” to get permission from their husband. Without the male authorization, our decision on our own future is treated as nothing and we cannot have access to the medical care we deserve.

These are what Japanese women are still fighting for in 2021.

TWEET WITH: #配偶者同意なくそ. Please note that your comment can be shared anonymously on social media to support and empower Japanese women. 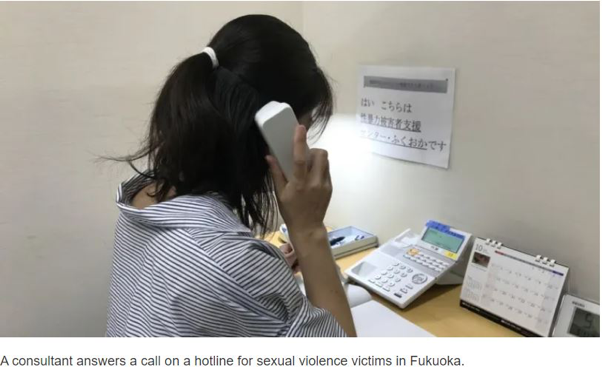 – Japanese women no longer need spousal consent – if they were abused. Vice.com, by Hanako Montgomery, 16 March 2021