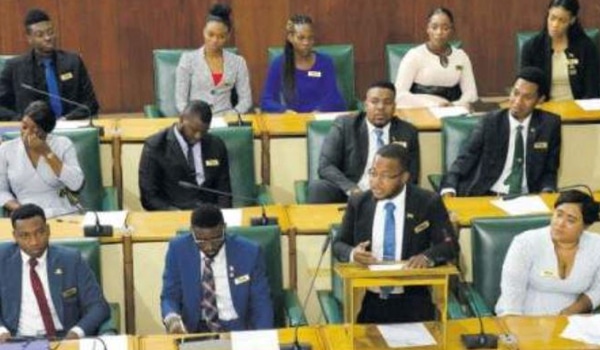 At a sittingof the 10th National Youth Parliament, the young people representing youthgroups from across the island, engaged in spirited debate on abortion, youthparticipation in the political process, youth violence, and climate change, makinga number of recommendations for the Government to consider.

On the issue of abortion, the suggestionwas made to have Jamaicans vote in the next general election on whetherabortion should be allowed conditionally or unconditionally. They called forthe matter to be given urgent attention in light of growing concerns aboutbotched abortions, which are the third leading cause of maternal death in thecountry.

Youth Parliamentarian Tedra Morrisargued that “every woman should have the right to secure a safe abortion fromqualified professionals at the best facilities, using properly sterilisedinstruments. Women should have the moral right to determine what should be donewith their body,” she said, noting that it is the poorer women in society whowere suffering the most.

Calls were also made for the Governmentto allow young victims of rape and incest to have an abortion without criminalsanction. If the State chooses not to go this route, they said, that it should partnerwith the church to accept children who were conceived in these unfortunatesituations.

They suggested the Government couldlook at the Barbados model, which allows abortions based on the risk to thewoman’s life, rape, incest, her mental and physical state, and whether thechild would suffer any physical or mental abnormality.