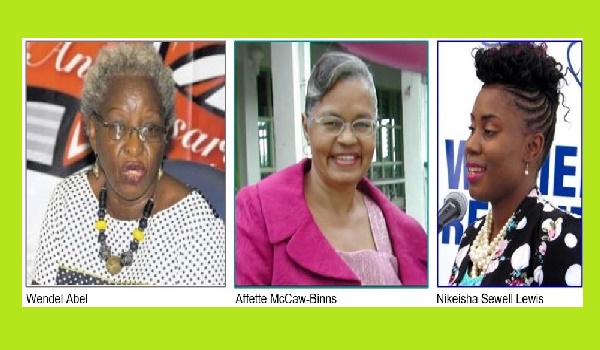 A group of experts in human rights in patient care attending the Jamaica Observer Monday Exchange on 10 April, in anticipation of the International Day for Maternal Health and Rights on 11 April, urged legislators to repeal sections of the 1864 Offences Against the Person Act which prevent Jamaican women from legally terminating pregnancies.

“Unsafe abortion accounts for the third leading cause of maternal death. And why this is important is that maternal deaths and under-five deaths are sensitive measures of the quality of our health care,” said Professor Wendel Abel, head of the University of the West Indies (UWI) Department of Community Health and Psychiatry and lead investigator for the Partnership for the Promotion of Patients’ Right in Maternal, Neonatal and Infant Health in Jamaica.

This was corroborated by Affette McCaw-Binns, professor of reproductive health and epidemiology at the UWI: “…In Sections 72 and 73 of the 1864 Offences Against the Person Act it says that women and their doctors can be charged with felonious assault for procuring or facilitating an abortion, and they can be imprisoned for life if they are found guilty. Now, if you provide a woman with information of where she can get the procedure done you could be charged with a misdemeanour and imprisoned for up to three years.”

Statistics show that of the 108 maternal deaths that occurred due to unsafe abortions in 2013–15, 27 took place at home. “If we look at where women are dying from the procedure, some of them are getting to hospital, but a large portion of them are women who are dying at home. So they are never even reaching to hospital… [And] we don’t think these data are complete. The stigma associated with seeking and reporting an induced abortion often deters women from seeking timely care when complications arise, and this is contributing to these deaths at home,” McCaw-Binns added.

Abel said that the reform of the law has become a “political football” as successive governments have failed to take a decision: “The reality is that a lot of women are afraid to come forward when the complications associated with induced abortion occur… because of this veil of silence and secrecy… Reviewing and revising that law is critical to lifting this veil. Therefore, we are calling, once again, upon our policymakers and the government to address the matter and to address it urgently. How many more women have to suffer? How many more women have to die before this is done?”

Prof McCaw-Binns also said that data from 2004 had fueled concerns about the growing rate of abortions and a task force had been formed as a result. “That group reported in 2008 to parliament and it went to a parliamentary committee. Things that are not popular tend to have a long gestation in those committees.” The committee’s recommendations included the repeal of the relevant sections of the Act, treating abortion as a civil law issue instead of a criminal act, and the establishment of clear guidelines and regulations. Regional public abortion facilities were also recommended.

“Health facilities need to open to women and their families facing an unintended pregnancy to discuss the full range of options…” She then asked: “Is taking the decision to terminate a pregnancy really a crime?”

Executive director of the Women’s Resource Outreach Centre, Nikeisha Sewell Lewis said: “We look at the woman who shows up at the clinic and has had an abortion and we have not looked at intimate partner violence. A major factor, for me, why some women do not come forward, is that many women in Jamaica still do not have full access to their own reproductive health and wellness. They don’t make a decision about a condom; they don’t make a decision about reproduction. They live in a situation where male partners sometimes are the ones who have power. Until we really address the underlining gender discrimination that occurs in Jamaica, how are we going to move forward?”