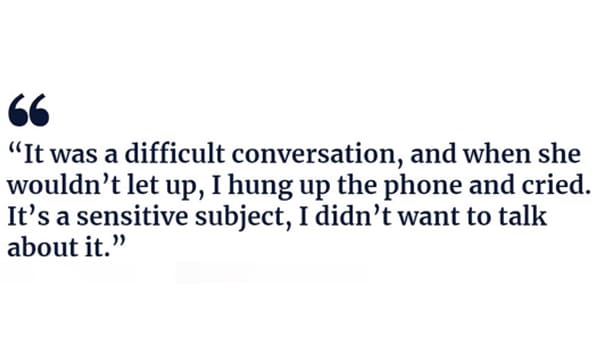 It apparently started when a staff member at an abortion clinic contacted a religious organisation with a guilty conscience about her work. This person is alleged to have supplied the religious organisation with names and phone numbers of women who had phoned the clinic to ask about having an abortion. The story was uncovered when one woman received a phone call from someone in the organisation, who tried to talk her out of having an abortion. She had never told anyone she had phoned the clinic because she was considering this, so she asked where they had got her details. The answer was only: ‘from good people who are worried about you’. The woman reported this invasion of privacy to the police.

This religious group seems to rely for the most part on reports from relatives, who can leave contact details on a special hotline number. A police investigation found various evidence with the names of women seeking abortions, whose details had been shared with them. It also found evidence that at least one rabbi was involved in advising women and their partners not to have abortions and in at least one case, not to have an amniocentesis, even though the woman’s doctor had recommended it.

All this led to the clinic staffperson (who said she had provided details of some 20-30 women) and two people working for the anti-abortion group being charged with violations of privacy protection. This carries a maximum sentence of five years in prison. They are currently standing trial. The source article gives a lot of space to the self-justifications of the religious group but it also makes clear that many of the women who were phoned by them were distressed and/or angry and would hang up at the intrusion.