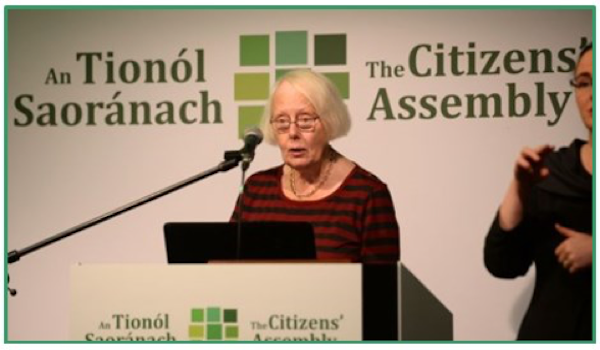 The 100-strong Citizens’ Assembly will meet for the final time to consider the future of the Eighth Amendment to the Irish Constitution this weekend and vote on whether to recommend any change to the State’s abortion laws.

The Eighth Amendment, which was inserted into the Constitution in 1983, guarantees to protect the equal right to life of the mother and the “unborn”.

In a statement to the Irish Times, a spokeswoman for the Assembly said the weekend’s programme “will be focused exclusively on reaching these recommendations primarily by ballot paper voting”. First, they will need to agree on the content and wording of the ballot paper and voting.

The three options will be to leave the constitutional ban on abortion as it is; to recommend that the ban be excised from the Constitution completely; or to amend it to allow for greater access to abortion while retaining a constitutional prohibition of abortion in some cases. These options were outlined to the Assembly at its last meeting by senior counsel Brian Murray, in a paper described by the chair, the Supreme Court judge Mary Laffoy, as being of the “utmost importance”.

Ailbhe Smyth, a spokeswoman for the Coalition to Repeal the Eighth Amendment, said that “the Eighth Amendment must be deleted from the Constitution and no replacement amendment should be proposed. Putting this issue into the Constitution in the first place distorted our legislative process and made it almost impossible to achieve even minor change. We urge the Citizens’ Assembly to recommend, at the very least, restoring the normal processes of democratic decision-making by reversing the mistake that was made in 1983”.