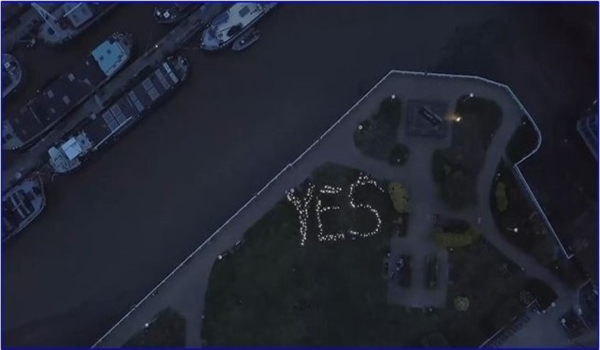 Today is the Irish referendum to repeal the 8th amendment to the Constitution: 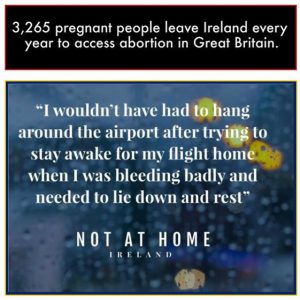 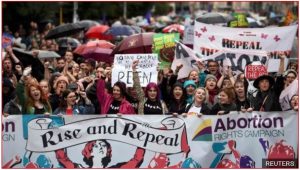 The professor said that she died because the team that was managing her miscarriage at 17 weeks believed a termination could not be offered as there was a fetal heartbeat. Sepsis claimed her life, which was treated as secondary to the life of the fetus, even though at 17 weeks the fetus had no hope of independent survival. Their interpretation of the 8th amendment killed her. The professor called for a yes vote to repeal the 8th amendment because providing safe abortion is a public health issue. 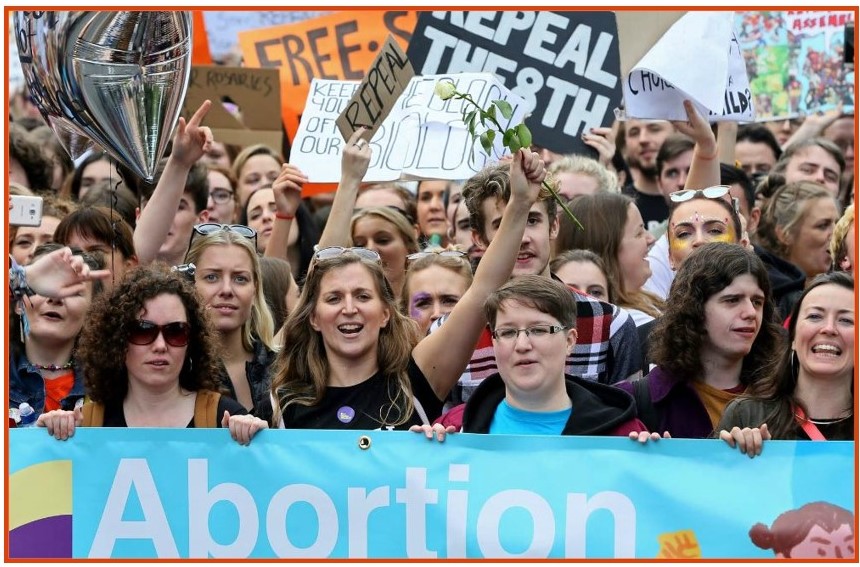 Yesterday, Nick Breen, a GP and member of Doctors for Choice in Ireland, wrote in the Irish Times: “You all know women who have had abortions, you just don’t know who they are.” 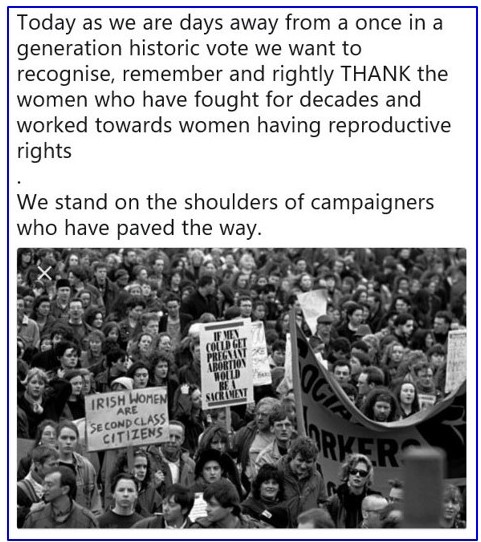 This made me think about Richie Keane, tireless campaigner, who I believe founded Doctors for Choice in Ireland, and Anne Connolly, who in 1978 founded and directed the Dublin Well Woman Clinic and campaigned for Irish women to have the right to receive information about where to find an abortion in Great Britain, which at that time was illegal.

And the unstoppable Ann Rossiter, age 74, who told The Times on 19 May how she recalls “women talking in code from a phone box. Contacts wearing red at the pick-up point in a railway station. Strangers providing gifts as part of a cover story for the return journey”. Those were the days of the Irish Women’s Abortion Support Group, a London-Ireland underground network, which Ann co-founded, which helped hundreds of Irish women to have safe abortions in London in the 1980s and 90s. Her campaigning is still going strong as a member of the London-based, live art feminist performance group, Speaking of IMELDA (Ireland Making England the Legal Destination for Abortion), who still perform dressed in red today.

It’s been extraordinary watching politicians in Ireland starting to really understand the issues. For example, Jonathan O’Brien (photo below), Sinn Fein member of the Irish Parliament. He wrote on 19 May that he was once anti-abortion but changed his mind for three reasons as he participated in the political process that led to today’s referendum. All his reasons were to do with him recognising how much illegal abortion hurt women. 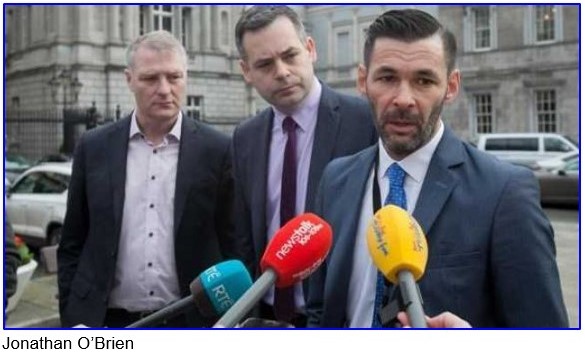 The first thing that made a difference, he said, was the abortion pill. The second thing was “evidence from medical experts. If it was my daughter or my mother in a hospital bed in the morning and a doctor couldn’t help them, I couldn’t fathom that situation”. The third was that he was deeply moved by testimony from the parents of babies with fatal fetal abnormalities. As a legislator, he said: “I don’t agree with the idea that politicians can’t be trusted. What is frustrating for me is politicians saying this as well. I take my role as a legislator very seriously. If you are not willing to legislate on behalf of citizens then don’t stand for election. We are quite capable of making hard decisions, even if they are deeply unpopular with some. The important thing is to listen to people and make decisions in people’s best interests.”

Miriam Lord reports in the Irish Times of 24 May that the international media are arriving, that Repeal campaigners are feeling calm, reasoned and cautiously optimistic, unlike No supporters, who are described as glum. At Leinster House, where the Irish parliament sits, Miriam Lord writes: “party leaders are making their final remarks in the chamber before Friday’s vote. They speak with one voice, and that voice says an emphatic ‘Yes’. The [Prime Minister] thanks all of them for their work during the campaign and pays particular tribute to socialist MPs Ruth Coppinger and Claire Daly for their early work in putting the abortion issue on the political agenda in Leinster House, ‘perhaps at a time when many of us would have preferred not to deal with it’.”

Irish Times journalist Pat Leahy’s referendum tracker, 23 May, has predicted the vote among members of both houses of the Irish parliament as follows:

But the last word goes to those who have travelled #HomeToVote, some of them from the other side of the world, whose thoughts were with all the women who have had to travel outside Ireland for an abortion: 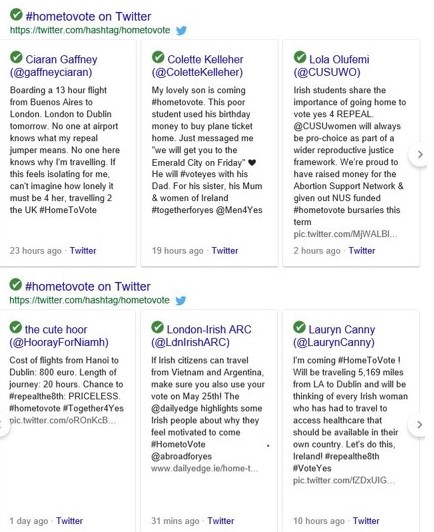 Whichever way it goes, this has been one of the most incredible campaigns for women’s right to safe abortion ever. The personal has really been made political, and a sea-change in awareness and thinking has taken place. The movement in Chile proved it was possible to change a highly restrictive law; a decision in Argentina is coming in June. Today, 25 May, is Ireland’s day. 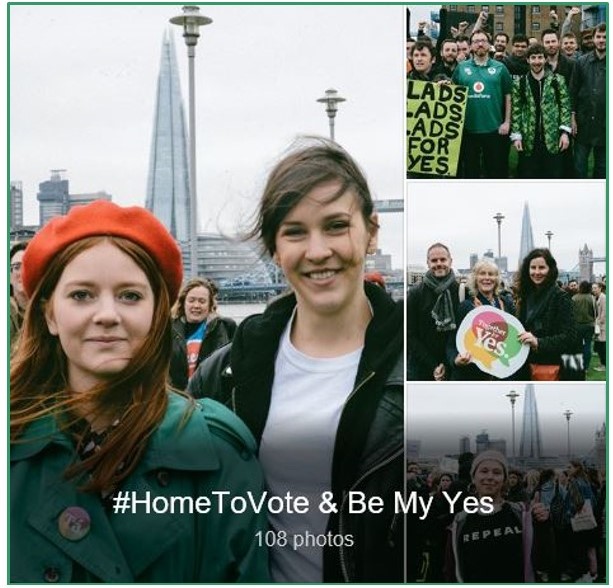 We’re with you all the way!!