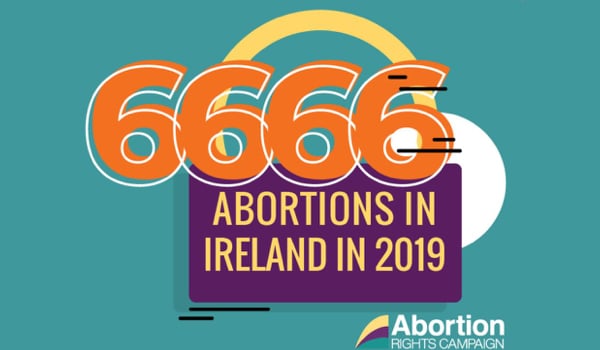 The outgoing Minister for Health Simon Harris, who successfully steered abortion law reform through the Irish parliament, has released the 2019 abortion statistics. Of note is that compared to the previous five years, the reported number of legal abortions had risen greatly. The numbers were 26 in 2014, 26 in 2015, 25 in 2016, 15 in 2017, 32 in 2018, and 6,666 in 2019 (Department of Health Annual Notifications). These included 6,542 abortions for pregnancy on request up to 12 weeks, 100 for conditions likely to lead to fetal death, 21 for risk to life or health, and 3 for risk to life or health in an emergency. Moreover, at least 67 women ordinarily resident in Northern Ireland accessed abortions in Ireland in 2019.

UK statistics indicate that 375 women gave addresses from Ireland who had an abortion in England or Wales in 2019. The numbers who obtained abortion pills via the internet are unknown.

The responses from abortion rights groups have focused both on the extent of progress these numbers represent and how far there is still to go. The Abortion Rights Campaign said: “For people who can meet the strict, medically unnecessary 12-week time limit, there is clearly a greater opportunity to access healthcare at home, and this is something we can be very proud of. However, local abortion access is not a reality for all.”

ARC argued that the numbers do not tell the whole story. ASN provided details of what some women who contacted them during 2019 had experienced, e.g.

ASN also expressed concern that people over 12 weeks are not given the information they need to access support to travel abroad.

A three-year review of the abortion law is due in May 2121. ASN has called for an end to the medically unnecessary three-day waiting period; availability of MVA for those who cannot have or do not want an abortion with pills; automatic provision of an abortion in Ireland for anyone who has had a failed early medical abortion, even if they are over 12 weeks of pregnancy; get rid of the 12-week time limit altogether; change the criteria for abortion for fetal abnormality; decriminalise abortion, except for rogue crisis pregnancy centres, which should be illegal; and institute legal buffer zones around abortion clinics and providers. Lastly, aim to make any reason to have to travel abroad for an abortion unnecessary, but support travel abroad if still necessary.