Home » News » IRELAND: NORTH AND SOUTH – Women from Northern Ireland to have access to abortion in the South (next year…) 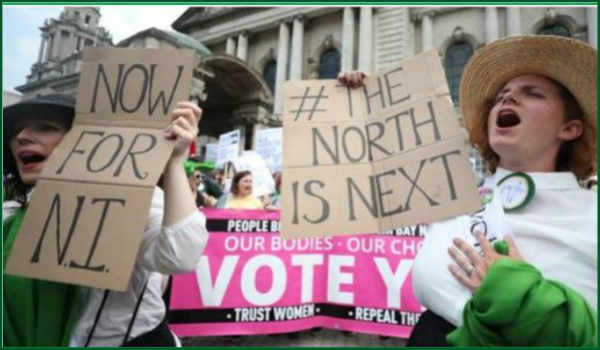 Simon Harris, the Irish Health Minister, has told the main political parties in Northern Ireland that access to abortion won’t stop at the border. He told the Festival of the People, an annual community event in West Belfast, that he was planning to ensure that women in Northern Ireland will be able to access terminations through the Irish health service after the law is reformed. He also called on the Northern Irish political parties to re-establish a government and address abortion themselves.

SOURCE: The Times UK, by Ellen Coyne, 8 August 2018 with PHOTO, by Niall Carson/PA