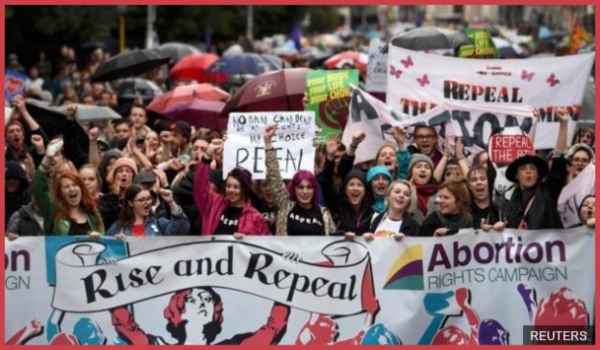 Facebook say they have blocked all foreign advertisements about the referendum

The Irish Independent reports that as of 8 May 2018, Facebook would block all advertisements related to the 8th Amendment referendum that come from advertisers outside of Ireland, in response to criticism that unaccountable foreign advertising is gaining traction in the referendum campaign. However, organisations legitimately registered in Ireland are still able to post adverts. This means that the move will not prevent adverts being posted that are funded from abroad as long as they are placed through organisations located in Ireland. Facebook say they will rely on established campaign groups for reports of or objections to foreign-based adverts. Some think this doesn’t go far enough and that it is basically self-regulation.

According to a 25 April article by Open Democracy, a study by Transparency Referendum Initiative found that 145 groups and individuals had bought more than 350 Facebook advertisements about the referendum. The foreign organisations involved, who were a minority of the total, were mostly from the USA and Canada. Six were named in the article; all six were anti-abortion. Another came from a far right group. 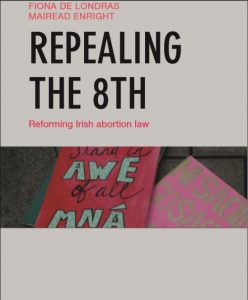 The chapters in this 150-page book cover the case for repealing the 8th, the constitution after the 8th, a rights-based approach to abortion, accessing abortion care – principles for legislative design, model legislation, and conclusions. There is also an extensive bibliography.

The book concludes: “In this book, we have shown that [the 8th amendment] was designed precisely to deny reproductive autonomy and to freeze at a particular, illiberal time in Irish politics the ability of women to exercise control over their reproductive lives, of legislators to make law and policy on abortion, and of doctors to provide abortion care in accordance with their consciences, ethics and perceptions of patients’ best interests.

“In the intervening 34 years, much has changed. The 8th Amendment now looks a relic when read against the backdrop of international human rights law, international best medical practice, and societal attitudes to sexuality, reproduction and choice in Ireland…

“In this book, we have shown how a rights-based, agency-centred approach to the Constitution, to legislation, and to the relationship between doctors and patients can help to reinscribe constitutional rights and reproductive autonomy on experiences of pregnancy in Ireland. We have shown not only that making such law is possible and practicable, but also that it will be transformative only if it is accompanied by a shift in practical, political and legal disposition. This requires a rights-based approach to interpretation and application by medical practitioners, lawyers and courts, and a willingness by parliamentarians and courts to approach the regulation of abortion with a commitment to constitutionalism that recognises societal change, takes comparative experience and evidence seriously, and abandons the futile and potentially dangerous search for unattainable legal certainty.

“Repeal of the 8th Amendment is a necessary but insufficient step towards the restructuring of pregnancy in Ireland as a fulfilling, empowering and emancipatory experience, whether one continues or ends one’s pregnancy, and regardless of the reasons for doing either.”