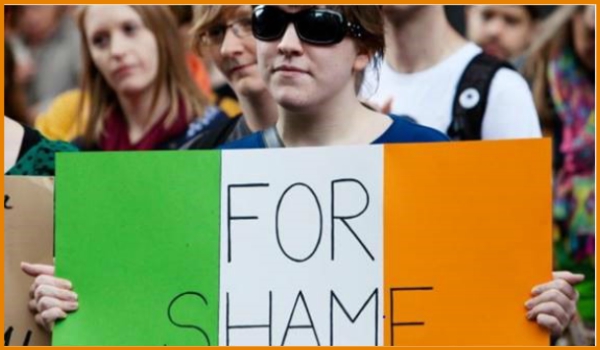 The Health & Safety Executive (HSE) has admitted liability and said it is willing to compensate a woman known as Ms Y for failing to provide her with an abortion when she first sought one.

Ms Y is a young woman who sought refugee status in Ireland after she was kidnapped, beaten, and repeatedly raped by the head of a paramilitary organisation in her home country. She discovered she was pregnant shortly after she arrived in Ireland in March 2014 when she was at only eight weeks’ gestation. The story of how she was mistreated, how her rights and needs were ignored and violated by everyone in the health system, ad that is a substantial number of people, who saw her over a period of almost 3 months, is a shameful tale. See Irish Independent, by Eilish O’Regan, 30 August 2014 ; and Amnesty Ireland report, 21 March 2016

Ms Y sued the state of Ireland and two private counselling groups over her treatment after she requested, but was refused, an abortion. She was wrongly denied an abortion and went on a hunger and liquid strike and threatened suicide, which was a legal ground for abortion in Ireland at that time (and still is). Efforts were made to take her to the UK for an abortion but visa difficulties and the high cost meant this did not succeed. She was assessed psychiatrically as being at risk of suicide, and she agreed to go into hospital believing she would be given an abortion but she was kept there and repeatedly put off with delaying excuses. When the pregnancy was at 24-25 weeks’ gestation, she was told it was too late for an abortion, which was a blatant lie. When she was at 25-26 weeks, the baby was delivered by caesarean section against her will. She left it in the hospital. The child has been in care ever since. See: The Times, by Mark Tighe, 10 June 2018

The case first went before the High Court on 19 March 2016. The judge prohibited the publication or broadcast of any matter relating to the proceedings which would or would be likely to identify her, in response to her application for anonymity.

Her action against the State includes a claim for alleged trespass, assault and battery; alleged negligence; and the alleged reckless and intentional infliction of emotional harm and suffering. It also includes a claim for alleged breach of duty, alleged false imprisonment and alleged unlawful deprivation of liberty. She also claims there was alleged unjustified intentional negligent infringement of and wrongful interference with or failure to vindicate her constitutional rights and her rights under the European Convention of Human Rights.

The HSE was unwilling at the time to acknowledge responsibility. Thankfully, things have changed in Ireland, and this case is yet another measure of just how much. This decision means she has finally received justice, though it is long, long overdue.

PHOTO from The Times 2018 article.