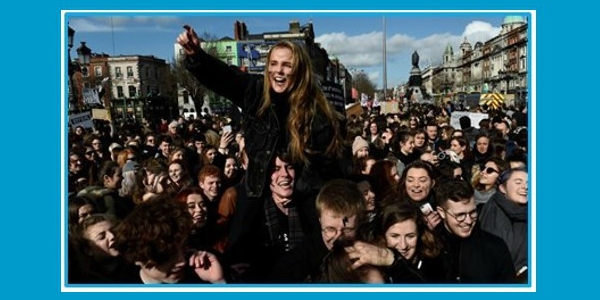 Members of the Irish parliament’s Eighth Amendment Committee have expressed doubts about whether they can deliver an agreed set of recommendations on the wording of their report for the abortion referendum, with fears that up to three reports could emanate from their hearings due to failure to reach consensus.

The 21-person Committee met on 13 September to sign off on its draft work plan and organise its future hearings on the legislation on abortion that would be introduced if the referendum chose to remove the Eighth Amendment from the constitution, essentially lifting the ban on abortion. It will base its work on the report by the Citizens’ Assembly earlier this year which recommended 13 grounds for legal abortion, including on request up to 12 weeks.

One committee member said that in the meetings that had already taken place it was clear that agreement on a final report could be impossible. She was reported to say: “Some people want to tinker around the edges and do very little, some people want the type of change that goes beyond even the recommendations of the Citizen’s Assembly. There are those of us in the middle that want to move this issue along and reach agreement but…” Some committee members now believe there will be a majority report along with two minority reports, one anti-abortion and one with a pro-choice stance.

Ruth Coppinger, the Solidarity TD, said: “There are no sessions at all where Irish women who’ve faced the reality of abortion will be heard by the Committee.” She also said that since two of the most important Citizen’s Assembly recommendations were unrestricted access to abortion up to 12 weeks and access to abortion for socio-economic reasons cover the reasons most people in Ireland opt for abortion, they actually should be the starting point of the discussion. To address this, I will propose changing the order and content of the sessions to make them more woman-centred and reflective of the reality of the myriad reasons people seek abortion.”

The first public meeting is scheduled for September 20 when Ms Justice Mary Laffoy, the Citizen’s Assembly chairwoman, will outline her report. Kate O’Connell, a Fine Gael TD, said: “Our job then is to shape the legislation that might be necessary and examine the practical application of the laws that would be needed to implement the Assembly’s recommendations. In particular I am interested in examining why we are behind the curve in relation to the majority of other EU countries when it comes to access to terminations.”