Home » News » IRELAND – Date and draft text agreed for the abortion referendum, while a 2017 ruling that could sabotage it is being examined by the Supreme Court 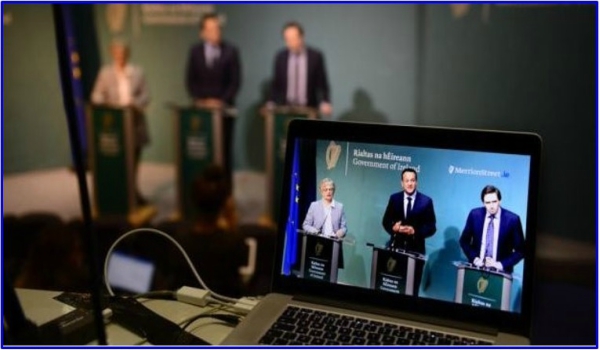 News is pouring in from Ireland. On 20 February the Irish Cabinet agreed the wording for the draft legislation set the process in motion for a referendum on the 8th Amendment of the Irish Constitution. The amendment, passed in a referendum in 1983, gave equal right to life to a pregnant woman and her “unborn child”. Because the amendment was approved by referendum, apparently it must also be removed by referendum.

Today, it was announced that the date of 25 May 2018 has been set for the referendum itself.

In between these two announcements, the Irish Times reported that a 2017 High Court ruling could potentially derail the whole process. On 21 February they reported that seven justices on the Irish Supreme Court would hear an appeal by the government against a ruling that effectively gave a fetus rights in law. Lawyers for the State will seek to have the High Court decision overturned. If the State fails in its case, there will be significant implications, not least in relation to the referendum.

The 2017 case concerned a Nigerian man living in Ireland, his Irish partner and their child, who was born in August 2015. The man applied for and was refused asylum. The couple took proceedings in July 2015 aimed at preventing his deportation and seeking residency on the basis of “potential parentage of an Irish-born child”. The child was not a party to the proceedings when they were initiated the case, but was later joined to the case by the judge before it was born. In his judgment granting leave to challenge the deportation, the Irish Times reported, the judge found that ‘an unborn child, including of a parent facing deportation, enjoys “significant” rights and legal position at common law, by statute, and under the Constitution, “going well beyond the right to life alone”. Many of those rights are “actually effective” rather than merely prospective, he said.’ This ruling is unlikely to be upheld, but nothing is certain. A ruling is expected soon.

Meanwhile, in response to the #HomeToVote campaign, launched by the London-Irish Abortion Rights Campaign, Irish citizens living abroad as far away as the USA and Qatar are pledging to return home to vote in the abortion referendum. The group estimates that 40,000 Irish people living abroad are eligible to vote in the referendum. They hope to emulate the surge of emigrants that travelled home for the marriage equality referendum in May 2015.