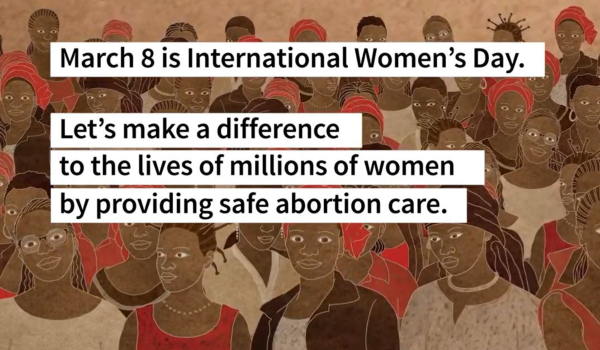 The world has made significant progress on four of the five leading causes of maternal mortality. But unsafe abortion – the only almost completely preventable cause – has been largely forgotten, writes MSF:

In 2017, MSF staff treated over 22,000 patients with post-abortion complications. In some hospitals where MSF teams work, up to 30 per cent of obstetric complications may be due to unsafe abortion.

“In the operating theatre, examining many of these women, I found trauma marks on the cervix, caused by objects such as sticks.” Dr Claire Fotheringham, MSF women’s health advisor, on assignment in West Africa.

For those that use these unsafe methods, the life-threatening consequences include severe haemorrhage, sepsis (severe general infection), poisoning, uterine perforation or damage to other internal organs. Urgently admitted to hospital, a woman may need a blood transfusion, major reparative surgery, or a hysterectomy—complete, and irreversible, removal of the uterus. Some women are able to access somewhat safer methods like medication on the black market, but may still suffer complications due to poor drug quality, incorrect dosing or inadequate information, or a combination of these. In the worst-case scenario, the woman being treated may have been refused a safe abortion, only to reappear on deaths’ door due to an unsafe one. 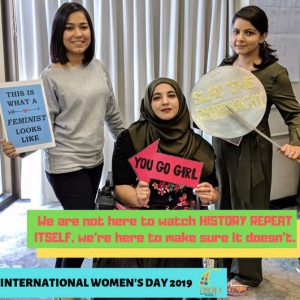 For International Women’s day, ASAP has been running a month long campaign on their social media called  #IMAKEHISTORY. The idea behind #IMH was to celebrate those who are making history every day, ranging from the smallest task of sharing a social media post to increase awareness around safe abortion rights, to conducting research, writing articles and organizing events. All of these contribute to the growing regional and global movement for women’s right to safe abortion. We make history when we recognize and talk about a world where there will be no stigma around abortion.

When we recognize a future where women’s rights are actually considered human rights and they have complete autonomy over their own bodies, instead of being stuck between the chaos that is politics and religion.