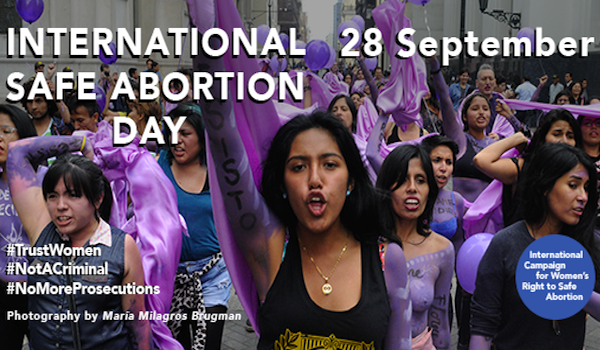 This year’s theme is: Abortion is not a crime!!!

1) Abortion out of the criminal law

Most often, the women are young and poor and presented to a hospital for complications of unsafe abortion, miscarriage or stillbirth. Few of them have had any access to knowledgeable legal counsel to help them fight their case. Those who have used medical abortion pills on their own are also being treated like criminals in a number of countries. #NotACriminal!

2) A moratorium on prosecutions

Removing abortion from the criminal law, one ground at a time or all at once, will take time. But we are calling for a moratorium now on prosecutions of women and safe abortion providers. Surveys in a number of countries, e.g. Brazil, have shown that very few people, even those who feel ambivalent about abortion, want to see anyone go to prison for it. #NoMoreProsecutions!

Up to one in three women will have an abortion in her lifetime. In Rwanda, 25% of women prisoners are in jail for abortion. Many were prosecuted as adolescents who got pregnant following sexual abuse and rape. In El Salvador, the campaign to release “Las 17” is finally succeeding in releasing women jailed for homicide when they had had miscarriages and stillbirths. Their human rights were grossly violated. No more women in prison for abortion!

Those who provide safe abortions and information on safe abortion understand the seriousness of unwanted pregnancy and act to protect women’s health and lives. Stop the harassment!! Support safe abortion providers!

Every woman with an unwanted pregnancy should have the right to a safe abortion, without discrimination, barriers or restrictions. In 1994, the International Conference on Population & Development agreed that unsafe abortion was a serious public health problem. Yet half of all abortions, most of them in the global South, are still unsafe. About 1 million women have died from complications of unsafe abortion since 1994. It’s time for the countries to make good on their public health and human rights commitments and act now to make all abortions safe. #TrustWomen!

Every year across the world people like you come together to advocate for access to safe abortion. What will you be doing this 28 September?

Let us know so we can share your work internationally to inspire other groups and amplify all of our voices!

If you need ideas you can find suggestions and examples of previous campaigns under the 28 September – International Safe Abortion Day tab at the top of this page. 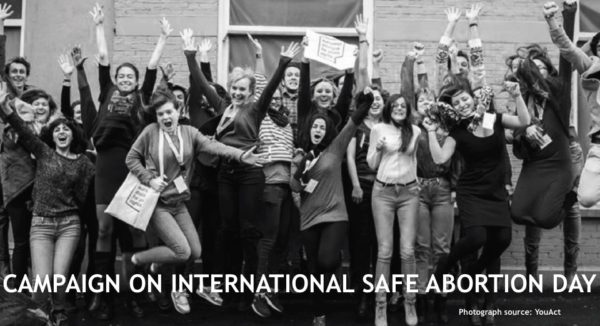