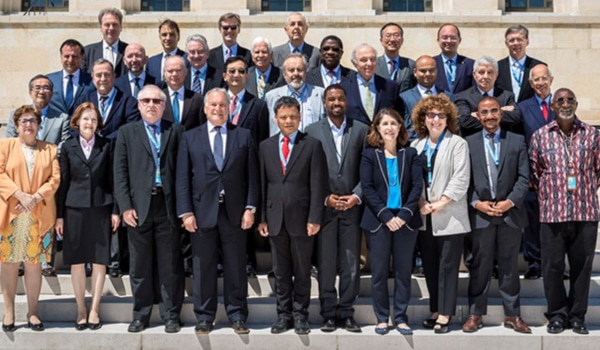 This past May, the International Law Commission (ILC) officially adopted a new version of the crimes against humanity treaty and removed the outdated definition of gender. Success! Due to our efforts, the ILC has affirmed that the rights of women, LGBTIQ persons, and other marginalized groups are protected in international criminal law, which will have ripple effects across national laws and future legal mechanisms for years to come.

In April, areportfrom the treaty’s Special Rapporteur summarized the comments from States and civil society and recommended removing or revising the definition. Based on this recommendation, the treaty’s Drafting Committee, in itslatest report, specifically noted the significant number of comments from States and our movement concerning this definition, and opted to remove it altogether…

Please read and feel free to share thepress releaseandblog postannouncing the outcome of the ILC meeting and its impact.For a powerful example of how an inclusive definition of gender supports accountability, read thisrecent articleon LGBTI crimes in the ISIS conflict in Iraq.

We thank you very much for signing theletter to the ILC, which brought together nearly 600 organization and academic signatures representing over 100 countries. This is an historic moment for gender justice, and it could not have been achieved without your support and engagement…