Home » News » International law and the provision of abortion services 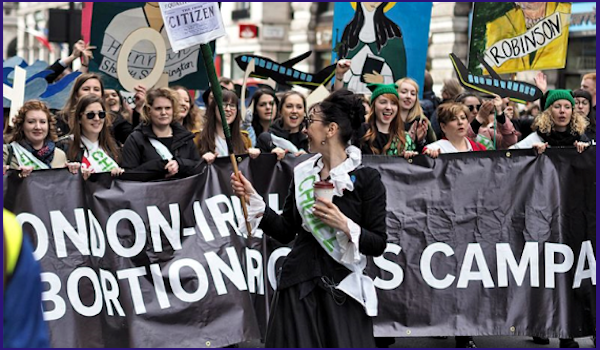 This blog is an analysis of the international legal issues involved in the decision of the UK Supreme Court not to require the UK Secretary of State for Health to provide abortions on the National Health Service to Northern Irish women. It is aimed at people with a legal background and not easy reading but worth the effort. The three paragraphs below summarise the main points. For those quoting recommendations by UN treaty-monitoring bodies such as CEDAW in support of the implementation of human rights at country level, the conclusions are important. There is a challenge in the judgment of the UK Court to human rights bodies to work to achieve near uniformity in international law and be sufficiently specific in their language for their recommendations to States to be considered as a “useful interpretative tool” by the domestic courts.

In R (A & B) v Secretary of State for Health [2017] UKSC 41 the Supreme Court [of the United Kingdom] considered whether the Secretary of State’s failure to exercise his power to require that abortion services be provided through the NHS in England – to women ordinarily resident in Northern Ireland – was unlawful. The question was whether he failed to discharge his duty under the National Health Service Act 2006, s 3 to “take such steps as he considers necessary to meet all reasonable requirements” for services. It also considered whether the continuing failure to provide such abortion services infringed the European Convention on Human Rights (“ECHR” of “the Convention”), art 14 in conjunction with 8.  In particular, the Supreme Court considered to what extent these rights under the ECHR should be informed by other obligations and principles of international law.

In the present case, the international treaties relied upon by the Appellants were clearly directly relevant to the form of discrimination that was said to breach their Convention rights. While they do not mandate the provision of free abortion services by states to persons not normally resident in that state, it was accepted by the majority that there was at least a “trend” in some of the international material presented to which the Northern Irish position appeared to run counter. Taken together with the short shrift given to the various “soft law” materials promulgated by the Committees tasked with interpreting the scope of these international instruments, the Supreme Court appears to place a high burden on those wishing to rely on international instruments to inform Convention rights. The majority also relied on the observations of the House of Lords in Jones v Saudi Arabia [2007] 1 AC 270 where, at paragraph 23, Lord Bingham remarked that the treaty body established under the UN Convention Against Torture was neither an exclusively legal nor adjudicative body and in making a general recommendation on the absence of effective measures to provide civil compensation to victims of torture in Canada it did not “advance any analysis or interpretation of … the Convention”.

The key question for those wishing to rely on international law – both treaties and the general recommendations of any related treaty body – must therefore be whether there is a sufficiency of material, directly relevant to the scope of the Convention right in question, which aids in its interpretation. However, the Supreme Court has set the threshold high in this case. Despite a “mass” of material put before the court, it was said to add only “background colour” to its inquiry into the fair balance to be struck [35]. It seems then that international law must achieve near uniformity – and be sufficiently specific in its language – before it will be considered as a useful interpretative tool by the domestic courts.