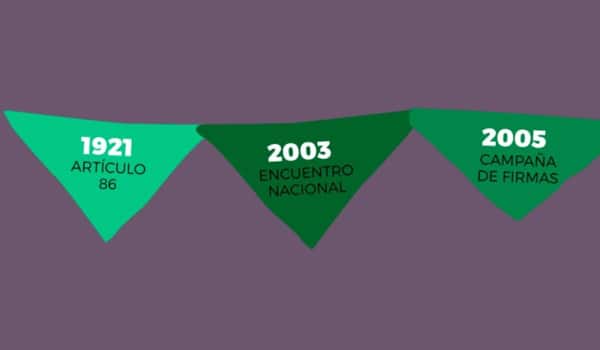 The National Campaign for the Right to Legal, Safe and Free Abortion was launched on 28 May 2005 with a petition to deliver to the Congress alongside a huge march with participants from all over the country. This year, to mark 15 years of campaigning, there were many virtual events. On 27 May, the e-news site Télam published a report summarising the history of those years of campaigning along with a visual page with a green scarf for each year, each summarising in a few words what took place in that year. Here are the first three and the most recent two years as examples:

The Campaign’s proposed law reform bill is tabled and debated in the Congress in 2019. President Fernández announces he will table a new law reform bill before the end of 2020.