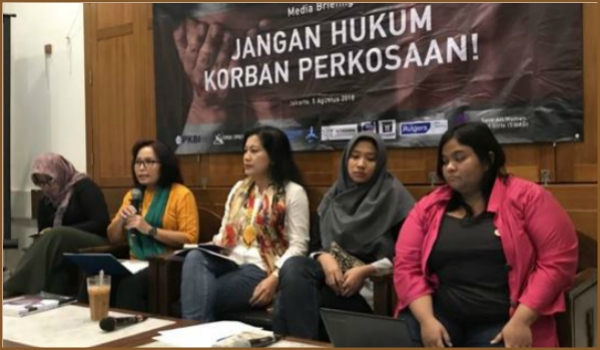 Activists have welcomed the release of a 15-year-old girl from jail on the Indonesian island of Sumatra on “humanitarian grounds” following her arrest for an illegal abortion after she repeatedly raped by her older brother.

The case received widespread media coverage, leading to renewed calls from women’s and human rights groups for the legalisation of abortion and other guarantees for women’s reproductive rights.

The decision to suspend the girl’s sentence, described as rare, came after legal aid and women’s organisations launched a coordinated campaign for her release, including a petition that got more than 15,000 signatures. A coalition of 12 NGOs calling themselves the Justice Alliance for Rape Victims said in a statement that there were “serious violations” in the way the case was prosecuted. But a culture of blaming the victim for both the rape and the abortion was considered the underlying cause of the problem.

A 2014 revision to Indonesia’s 2009 Law on Reproductive Health allows for abortions within the first 40 days of pregnancy if the woman’s life is at risk or if she becomes pregnant because of rape, in line with the beliefs of the Shafi’i school of Sunni Islam, to which most Indonesian Muslims adhere. But the virtual absence of education on sexuality and reproductive health in schools means that few girls would recognise they are pregnant within 40 days. Adriana Venny Aryani, a commissioner at the National Commission on Violence Against Women (Komnas Perempuan), said courts do not realise that this is a child, and she was the victim of a crime.

Advocates worry, however, that anti-abortion sentiment, also stirred up by the case, has mixed with anti-LGBTI views and conservative interpretations of “Indonesian culture”. Changes to the nation’s criminal code have been proposed that may reinforce the criminalisation of abortion, target sexual minorities and even outlaw disseminating information about contraception, but not decriminalise having an abortion.