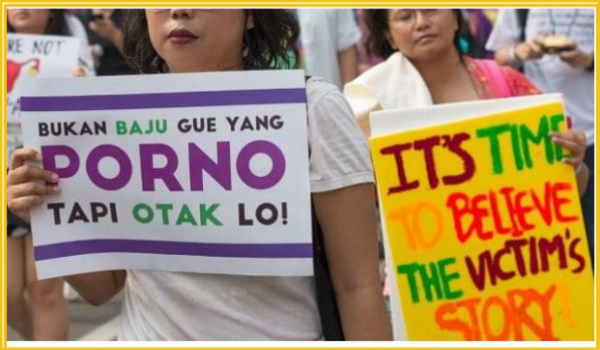 Activists and legal experts have condemned the imprisonment of a 15-year-old girl who was raped by her 17-year-old brother several times during September 2017 and became pregnant. In the sixth month of her pregnancy, she was forced to have an abortion by her mother because of the shame involved when their community learned of the situation. The situation came to light after a fetus was found on the grounds of a plantation in May. The arrests took place in June.

The girl was charged under the child protection law for having an illegal abortion and sentenced alongside her brother in a closed hearing at a district court on the island of Sumatra. Her brother was sentenced to two years in prison for sexually assaulting a minor. Both the girl and her brother were told they must undergo rehabilitation at the Institute for Special Education of Children. Prosecutors had originally asked that the girl be jailed for a year and her brother for seven years. They have said they may still appeal the decision. The mother, who claimed she was unaware of the sexual abuse, is facing separate charges and is still on trial.

The activist group Save All Women & Girls have called for the girl’s release. They have put forward the following demands (summarised):

Erasmus Napitupulu, program director of the Institute for Criminal Justice Reform, said the court did not take into account the reason for the abortion. “The court may decide that she is guilty of having an abortion, but if we see the background that encouraged her to do so, do we need to punish her?” Napitupulu said. “Yes, she violated the law, but she should not be held accountable.”

Zubaidah, director of the Embun Pagi Women’s School in Jambi, said the girl’s sentence was unfair and violated the Child Protection Law. “It is an incest case that has to be seen more comprehensively than merely an abortion,” said Zubaidah. “It should be seen as a medical emergency, thus an exception to the law.”

Abortions account for between 30% and 50% of maternal deaths in the country, according to a 2013 World Health Organization report. Indonesia forbids abortion unless a woman’s life is at risk, or under certain circumstances if she is raped. However, the law requires that an abortion must be performed by a registered professional no later than 40 days into a pregnancy, and the woman must undergo counselling.

“In practice, many women only discover they are pregnant after 40 days. By then it is too late for them to undergo a lawful abortion,” said Anggara, executive director of the Institute for Criminal Justice Reform (ICJR) on Saturday. “The state should help these victims recover from their trauma instead of punishing them, especially if they are children.”

The ICJR also pointed out that judges often neglected victim rights and lacked gender sensitivity when dealing with sexual violence cases, despite both concepts being enshrined in the 2017 Supreme Court Regulation No.3 on women before the law and the 2014 law on victim and witness protection.

The Legal Aid Foundation of Indonesian Women’s Association for Justice (LBH APIK) also object to the girl being imprisoned stressing that, as a minor and a victim, she should not be held responsible for having an abortion. Uli Pangaribuan a lawyer from LBH APIK, also objected to the girl’s imprisonment, arguing that she is likely to suffer heavy stigmatisation on top of rape trauma. Several online news portals are already sensationalising the case as pasangan sedarah (incest) and the girl’s village has banned the siblings from returning home. “There’s no way she can get the necessary psychological help in prison. She should be sent for treatment and counseling instead,” added Uli.

On 30 July, a number of women’s rights activists and organisations are having an audience with the Judicial Commission to ask for a review of the case and why the judge sentenced the girl, considering she had been raped eight times. They have garnered wider national and local solidarity and support for the girl by holding a public action and protested to the Indonesian Government on 29 July in Yogyakarta. Further news as it happens…