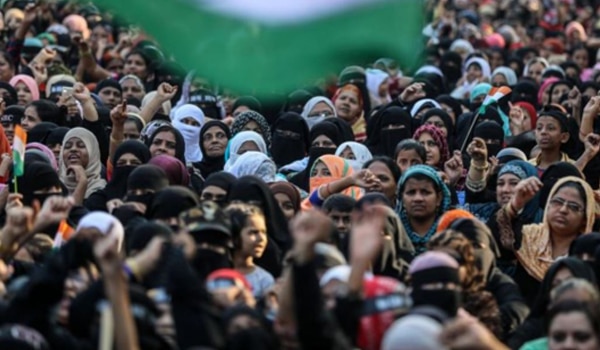 In March 2020, Swati (name changed) decided to end her pregnancy of 24 weeks, after her partner refused to marry her and ended the relationship. She went to the Madhya Pradesh High Court pleading that the pregnancy was affecting her mental health, and that if she gave birth, the child would “suffer the mental torture” throughout its life. The court refused to give permission. The state government had argued that there were no grounds for an abortion since the pregnancy was the outcome of a voluntary act and she was “very much aware of the consequence”. The court agreed with the government, adding that while there was always the possibility that the pregnant woman and her partner could resume their relationship, termination would be absolute.

Swati was one of the 243 women who went to court to seek permission for termination of an unwanted pregnancy between 1 May 2019, and 15 August 2020, according to a soon-to-be-released report authored by Anubha Rastogi, a Mumbai-based lawyer, for Pratigya Campaign, a collective working towards advancing women’s rights and their access to safe abortion care in India. Of the 243 cases, 138 involved adult women while 105 involved minors.

Although an amendment to the abortion law passed the first stage of approval earlier this year, to allow abortions up to 24 weeks on limited grounds, it would still require a judicial process and the approval of a medical board. Whether it will make it easier for women to get these abortions is as yet unclear. It still leaves the decision to a judge and a group of medical experts, who have no stake in the pregnancy beyond this decision and are not necessarily supportive of abortion, any more than the judge(s) may be.

Meanwhile, the numbers of women who have gone to court has gone up. There have been more cases seeking permission for a termination in the past year as compared to previous years. Over a 35-month period between June 2016 and April 2019 there were 194 instances, compared to the 243 between May 2019 and August 15, 2020

The Bombay High Court, across its four benches, saw 53% of all the cases between May 2019 and August 2020. “One explanation for the higher numbers from the Bombay High Court,” said Rastogi, “could be a judgment of the Bombay High Court in 2019 in which it was categorically stated that unless it is an extreme emergency that poses an immediate risk to the life of the pregnant woman, one has to take permission from the court for termination.”

As many as 112 of these cases came up after the imposition of the Covid-19 lockdown in March, a period when access to critical reproductive health services has been severely compromised. Media reports (see here, here, for example) have highlighted instances where pregnant women have had to go to court for permission simply because they were unable to access tests and other health services in time due to the lockdown restrictions.

According to the law, only the opinion of one medical practitioner (up to 12 weeks) and of two (between 12 and 20 weeks) is required for termination. However, in practice, several pregnant women end up in court even before the 20-week ceiling. At least 22% of all cases analysed in the report were filed before the 20-week cut-off, while 14 cases had gone to court in the first trimester itself. Many times, this is because doctors and hospitals may refuse termination even within the 20-week period, especially in cases of minors/rape survivors. At other times, it could also be out of lack of knowledge. Even judges and courts do not question petitioners who come before 20 weeks.

Sexual assault or rape was the most common reason for which women went to court to seek permission for abortion. These formed nearly half (49%) of all the cases reviewed by the study. Of the 243 cases analysed, 43% (105 cases) involved a minor and all were cases where termination was sought on the grounds that the pregnancy was a result of rape. The reason for the abortion was rape in 48.6% of total cases and fetal anomaly in 48.1% of cases.

The courts allowed termination in 84.4% of the cases Pratigya documented, but refused permission in 22 (9.1%) of cases. These included instances where the termination could have posed a risk to the woman’s life, instances where the medical board felt there was no immediate danger to the woman’s life and cases where minor pregnant girls told the court that the pregnancy was the result of consensual sex and they did not want an abortion.

However, abortion rights advocates want to see substantial changes in the law with women’s own decision on abortion as the determining one. Doctors, lawyers and activists have suggested a number of ways women could gain more control over unwanted pregnancies, as follows: