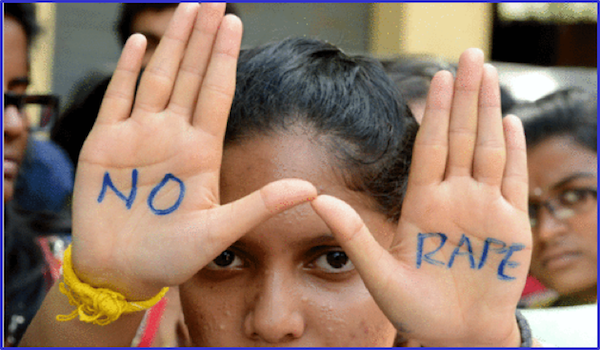 On 28 July, the case of a 10-year-old girl who became pregnant after being sexual abused by her uncle hit the news in India. According to reports, the family approached the district court in Chandigarh for permission for the child to have an abortion in the first part of July. It took until 15 July for the judge to order a medical board to examine the girl and submit a report on the feasibility of an abortion. Yet the feasibility of an abortion should never have been in question.

To make matters worse, the response of the medical board was clinically inaccurate and in some remarks seemed to be anti-abortion. They made doing an abortion appear to be more dangerous than if the child carried the pregnancy to term. And it led the judge, who seemed not to know better, to refuse the abortion.

An appeal to the Supreme Court of India was filed on 22 July and yet another medical board was tasked with examining the girl. Again, the medical advice was spurious and an abortion was refused. By this time, the girl was thought to be 32 weeks pregnant.

The learning curve on what best to do clinically in this and other cases involving such a young girl has been steep in India (and for all of us involved as advocates) in the last weeks. There is strong evidence to show that an abortion is always safer in the first and second trimester of pregnancy, but there is less experience in the third trimester (but see data below). It is, however, possible to say that a third trimester abortion in experienced hands is at least as safe as delivery at term, and may be safer. At the same time, the closer to term a pregnancy in a child gets, the more the risks of inducing labour before term, carrying out a hysterotomy/caesarean section, or managing a vaginal delivery merge into each other.

This case is instructive of why depending on the courts and ad hoc medical opinion can lead to clinically unjustified delay and result in gross injustice and denial of care. As the discussion of what to do has progressed, the best advice has been that this girl and others like her need to be managed by a clinical team with experience managing complicated pregnancies in a setting where she and her family can also be offered psychological and social support.

Statement by advocates in India

CommonHealth, a coalition of groups supporting safe motherhood and safe abortion in India, along with other groups who support women’s health rights, are working around the clock to gather bona fide medical expertise and other support for a new public interest petition to the Supreme Court, challenging the judgment on clinical grounds. At this writing, 48 signatures had been collected from members of CommonHealth, a range of other NGOs such as the National Alliance for Maternal Health and Human Rights and Jan Swasthya Abhiyan, the Indian chapter of the People’s Health Movement, as well as from doctors, ethics, public health and legal experts, and social scientists, expressing concern. They have called for the following:

All survivors of sexual abuse and rape should be allowed a legal abortion, especially children

This understanding of the law should be taught in medical education and understood by members of the medical profession responsible for abortion services when such an emergency arises.

We demand that the 10-year-old girl in the case reported and the 13-year-old girl in Kerala whose case has also emerged be given immediate medical attention, with a reconsidered medical opinion that takes into account the special circumstances of pregnancy in these children and its life-threatening nature, and all efforts made to terminate the pregnancies safely as soon as possible.

Statement on third trimester abortion from three US doctors

At the request of the activists and lawyers working on the case in India, three obstetrician-gynaecologists from the USA with expertise and experience  in both second and third trimester abortion wrote an open letter on 1 August that will be submitted to the Court if the case is reopened. The letter says:

“We understand that the legal ruling in this case was based in part on the belief that medical termination of pregnancy could not be safely accomplished in a young girl. Because cases like this are (thankfully) rare, there are indeed few medical data to guide us. However, we wish to draw your attention to a small body of literature and growing clinical experience in third trimester abortion in the United States, suggesting that third trimester medical abortion can be safely done, even in very young girls. Typically, such cases proceed with a feticidal injection of digoxin or potassium chloride, followed by 1-2 days of osmotic cervical dilation, and then induction of labor with misoprostol and/or oxytocin.

“In 2014, Hern published his 20-year experience with over 1,000 cases, more than half of which were in the 3rd trimester of pregnancy – 24-39 weeks gestation. (Article full text here) This series included patients as young as age 14. The major complication rate was 0.5%, and consisted of hemorrhage requiring transfusion. There were no uterine ruptures or perforations. One of us (Dr Sella) has provided third trimester abortion care for many victims of rape, including a 9-year-old girl. This child did very well clinically after the procedure.

“We are not in a position to make specific clinical recommendations, as we lack crucial information about this girl’s prior heart surgery and cardiac status, her exact gestational age and fetal size, her pelvic size and development, the risks of cesarean delivery in her setting, anesthetic and pain management options available, among other details. We hope that decisions about her care are being made in conjunction with appropriate cardiology and perinatology specialists, who can assess the risks to her not just of abortion, but of ongoing pregnancy. It is unlikely that medical termination of pregnancy poses more risk than ongoing pregnancy and term delivery, and in fact the converse may be true.

“We are aware that the advanced number of weeks of this pregnancy makes the line between pre-term delivery and abortion very unclear. If feticidal injection is not possible for legal or clinical reasons, there may still be value in preterm labor induction, to increase the odds that the fetus will fit through this young girl’s pelvis, or to prevent deterioration of her cardiac status, or to avoid the need for cesarean delivery at term. Nevertheless, there are a great number of clinical uncertainties ahead, and those closest to the care will need to make the final recommendations. We wanted to be sure you were aware that medical termination may be a safe option…

“Dr Sella is happy to provide clinical consultation on pregnancy termination or labor induction if that would be helpful.”

Children’s rights groups in India have also called for a safe termination of pregnancy for this child, and described previous instances of what happens after a refusal of abortion in cases like this, which include families seeking unsafe abortions with all the consequences that arise. They have also raised concerns about the future of any babies born from such pregnancies, who they report may be sold off, placed in poorly equipped institutions, given back to the child mother with no support whatsoever, or worse.

Closing remarks from the Campaign

The underlying social problem involved in these cases is the existence of widespread sexual abuse of children, especially girls, which is practised with near impunity and under a thick blanket of silence and denial in so many societies. When individual cases come to light, they are highly condemned, but most are hushed up and allowed to happen both within families and by the state, the courts and the police. Girls pay a high price for this neglect. They should never have to be burdened for life by being forced to carry the pregnancy to term and be responsible for the child of their abuser for the rest of their lives. The punishment falls also on any child of rape and abuse, whose suffering is barely understood and rarely considered or acknowledged.

The media can play a critical role. Cases of girl children being sexual abused and of rape should be reported in the media with an understanding of the medical and legal issues involved.