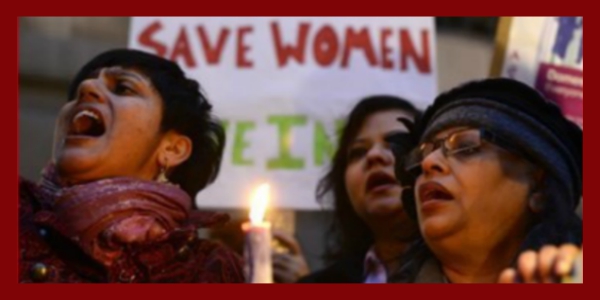 This article is a compelling analysis of the problematic role of doctors in India in dealing with the need for abortion following rape and sexual abuse, in the context of the abortion law and the role of the courts.

The article argues that recent amendments to the rape laws (Section 357 C of the Code of Criminal Procedure) have made it mandatory for all hospitals to provide immediate treatment to survivors of rape, and that abortion is an essential element of such care. But on the ground, pregnancies due to rape are not being addressed as a health concern. Doctors distance themselves from providing the required care if the pregnancy is beyond 20 weeks and advise the families to go to court.

The article also shows why the medical boards set up on the direction of the courts to obtain expert opinions is problematic. They are asked to advise whether or not to allow an abortion to a rape survivor. However, they tend to restrict their role to the interpretation of the Medical Termination of Pregnancy (MTP) Act, instead of lending their expertise to assess the physical and psychological trauma of rape due to the pregnancy that would allow abortion.

The MTP Act sets conditions under which a doctor can provide abortion services, and pregnancy as an outcome of rape is one of them, up to 20 weeks… Section 5 of Act, however, allows termination at any stage during pregnancy… The MTP Act in itself does not ask for the opinion of any medical board for applying sections of the law, including Section 5, but empowers the treating doctor to take a decision in the best interest of the survivor…

Lastly, the authors argue that the medical board set up in the case of the ten-year old child suggested that terminating the pregnancy was dangerous for her whereas somehow the continuation of the pregnancy did not pose such a risk. Why did the courts not seek substantiation of why this was said?… Conversely, the authors argue that law enforcement authorities have often not questioned the denial of abortion by first-contact doctors either.

The continuation of pregnancy prolongs the trauma of a rape survivor and also impedes her path to recovery. To ask a rape survivor to continue with a pregnancy and suggest giving the child up for adoption is inflicting grave injury to her physical and mental health. Not treating a rape survivor is punishable under Section 166B of the Indian Penal Code. However, under the MTP Act, there is no offence if a doctor denies a legal abortion…

The question therefore is, what is the ethical and legal responsibility of doctors?

SOURCE: The Wire, by Padma D & Sangeeta R, 8 September 2017. Padma D is an independent researcher and former coordinator of the Centre for Enquiry into Health and Allied Themes (CEHAT). Sangeeta Rege is Coordinator, CEHAT ; PHOTO

Gynaecologist attacked in Pune for refusing to perform illegal abortion [after 20 weeks of pregnancy],

The Hindu, by Shoumojit Banerjee, 10 September 2017