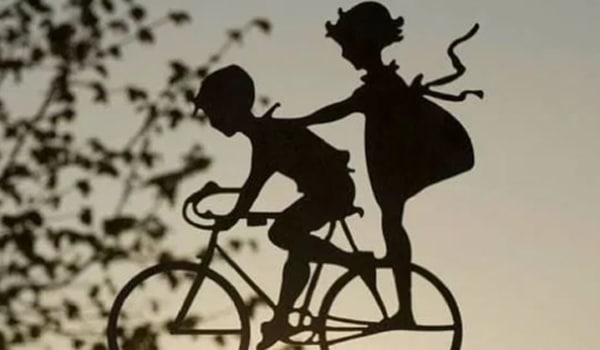 “The first week of February sawtheConstitution (Amendment) Bill 2020being introduced as a privatemember’s bill in the Rajya Sabha [Council of States, Parliament of India].There was not much fuss or attention. One can say it went unnoticed in thepublic like a hush-hush matter. If the bill ever becomes an Act, it will be theunprecedented law in India to punish families for having more than twochildren.

The bill proposes that“there is also a need toencourage the people to keep small family by offering tax concessions, priorityin social benefit schemes and school admissions etc. and at the same timediscourage them from producing more children by withdrawing tax concessions,imposing heavy taxes and by making other punitive provisions forviolations.”

“India currently stands at rank 2 inthe global list of countries bypopulation.China is first and the USA is third. With the list orwithout the list there is always the common comment that India is over-populated,too crowded and “certain” religious communities are breeding as if procreationseems to be their main recreation. And when leaders, be it political orreligious, continue to stress that India indeed is overpopulated, it does notneed much persuasion for most Indians to fervently agree with them. But thecritical questioning and critical dissection we need to do here is: is Indiareally overpopulated? Is the Two-Child Policy needed to address theoverpopulation?

“Total Fertility Rate (TFR) is the rooting word tounderstand over-population and under population. TFR is the average number ofchildren which a woman will have in her childbearing years (age 15 to 49)… Apopulation in an area is considered stable when the TFR is 2.1 such that noimmigration or emigration has happened. Thelatestdatashow us that most of the states in India have a TFR below 2.1 andonly a few states are still above 2.1. Also, India will haveanend to population growthafter going through‘populationmomentum’following which there will be a ‘peak child’ and later ‘peakpopulation’. So why this Kolaveri di [murderousrage] on India being overpopulated?

“Population control and the country’s development cametogether and weaved dreams of a better future for everyone who looked at Chinaand wah-wahed at their One-Child Policy. As China grew into one of the largesteconomies in the world, wielding a forceful control on her population, everyonehad songs of praise for the One-Child Policy.However, it took China 36years to see the far-reaching consequences of the policy.Under populationis a grave concern in China now, where a high percentage of the population iselderly and non-working….

“Much anxiety looms in the country about Muslims causing thepopulation explosion. Just going by the stereotypes of ‘hum do hamare panch’[Modi 2017: mockery that Muslims have four wives and 25 children while Hindushave one wife and 2 children], people are quick to be stirred up by thepopulist view that Muslims will indeed overtake the Hindu population in thecountry and the WhatsApp University also does its share of spreading the“information”. What is conveniently left out is the fact that Muslims have beenhaving a steep decline in their population growth….

“Apart from the fact that the policy is completelyunnecessary, given how in the existing conditions India is heading to astabilized population, enforcing this policy as a draconian law will push thepoor people into a vicious cycle of poverty. Even with the law and direconsequences in place, there will be people who will have more than twochildren. While the rich can afford the consequences, will the poor be ableto? The limited access and knowledge to contraceptives and safeabortions, also the belief that having more children can ensure a better oldage as their adult children will take care of them, will all make a poor manand a woman circumvent the policy and in all likelihood, they will have morethan two children. With policy preventing them from availing benefits andschemes, they will be pushed further into poverty and thus they will end up ina vicious cycle from which they can never get out to have a better life.

Guilty for pregnant: Blame anyone but partner and state

“Women will walk on a tightrope if the Two-Child Policybecomes a law. In the currently existing conditions, it is the women who bearthe brunt of (1) wanting to use contraceptives when her partner is against it(2) wanting to terminate an unwanted pregnancy when her partner is against it.Matters will be made all the grimmer for women with the Two-Child Policy as alaw especially when they are victims of domestic violence….

“Since decades experts have been shouting themselves hoarsethat socio-economic conditions play an important role in population control. Ithas been ascertained census after census, howeducationand healthcareare the factors that contribute significantly to helppeople decide, out of their own volition, that having a small family is indeeda good choice. What is highly problematic is the policy’s enthusiasm to makesweeping statements on the population without making any provisions to identifychallenges in education and healthcare across the country and address them. Norare there sincere efforts to address the lack of awareness on sexual &reproductive health and rights. Experts always vouch that it isdevelopment that can be the ultimate tool for population control and notpunitive measures. We need to steer our policies towards those directions.Perhaps then we will be able to win again the nostalgia for those feelgoodmovies [about the ups and downs of reel families in laughter, joy, tears andsighs of bygone days].”