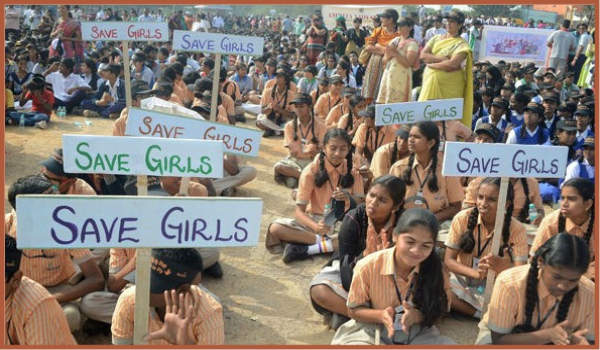 Refused an abortion without identity card

“We, the concerned people’s health movements, health networks, women’s groups and individuals vehemently condemn the denial of any health and allied services, access to [benefits] or any other schemes that enhance social security for want of an identity card called Aadhaar, related to receipt of health services. This is extremely arbitrary and a gross violation of human rights, the right to life and dignity.

“Such a violation has been reported recently by the media [1] whereby a 28-year-old woman who was pregnant with her fourth child sought an abortion from a well-known government hospital in Chandigarh. She was denied an abortion and turned away as she could not produce an Aadhaar card, which was required, according to the hospital, for an ultrasonography.  She was also denied an oral abortifacent, in the absence of the ultrasound.  She was then directed to a private diagnostic centre where an abortion and ultrasound were possible even without an Aadhaar but she could not afford it. Further, the private clinic was unwilling to provide the abortion without the consent of the husband, something that is not a requirement according to the law.  The series of denials forced her to seek abortion from an unqualified healthcare provider, which resulted in severe bleeding, endangering her life and necessitating hospitalization and blood transfusion. [2] …

Less than a month ago, the Supreme Court of India said women could directly approach the high courts for termination beyond 20 weeks of pregnancy with fetal abnormalities. A 28-year-old woman who was over 22 weeks pregnant when she approached the court, said her fetus had multiple neurological and skeletal abnormalities, which reduced its survival chances at birth. On 6 November, the Mumbai high court granted her permission to have an abortion.

Uncles guilty of raping niece, 10, who was then refused an abortion

Two brothers, aged 38 and mid-40s, were found guilty of raping their 10-year-old niece nine months after she was denied an abortion. A fast-track court in India found the men guilty of rape and warned them they both faced life sentences.

The girl, from Chandigarh, Punjab, did not realise she was pregnant and her parents only found out when she complained of stomach ache. The Indian Supreme Court denied her the right to an abortion in July as she was 30 weeks pregnant. She gave birth and went back to her parents’ home. Officials said she was traumatised and receiving counselling but was too young to really understand what had happened to her.

The Supreme Court has dismissed a man’s petition for damages from his estranged wife for undergoing an abortion without his consent, and ruled that an adult woman had an unimpeachable right to give birth or terminate pregnancy. He had also demanded compensation from the woman’s parents and brother, and two doctors, who the courts said could not be held responsible for her decision. The Punjab and Haryana high court had dismissed the husband’s plea saying termination of pregnancy was the sole prerogative of the woman. “If the wife has consented to matrimonial sex… it does not mean that she has consented to conceive a child,” the High Court had said. “It is the free will of the wife to give birth to a child or not. The husband cannot compel her.”