Home » News » INDIA – Bombay High Court exhibits incompetence in understanding clinical and psychological issues in two rulings on abortion requests after 20 weeks: where is the government? 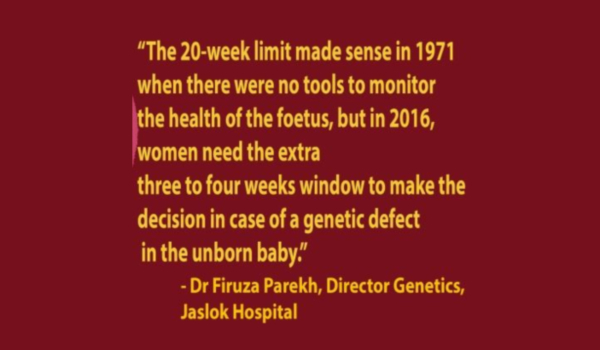 Under the Medical Termination of Pregnancy Act, abortion beyond 20 weeks of pregnancy can be done only with permission from a high court.

In Mumbai in late December, a 14-year-old rape victim approached the Bombay High Court seeking permission to terminate a 22-week pregnancy. A so-called vacation bench ruled the girl had to be medically examined by a team of expert doctors at the JJ Hospital. The advice they asked for, and should already have known if they were going to use their power to determine the future of this child, is whether it was feasible and advisable to terminate the pregnancy.

Meanwhile, on 13 December, the same court rejected a 32-year-old woman’s plea, first requested in November, to terminate a pregnancy in which she was told the fetus would have psychological and physical abnormalities, due to Klinefelter’s syndrome. She was 27 weeks pregnant when she went to court. The Court directed the setting up of three consecutive medical boards to examine the matter, one of which was to consist only of mental health experts, also from JJ Hospital. By the time she was told to appear before the third panel, she was 31 weeks pregnant. She declined to attend the panel, citing anxiety and mental exhaustion. The reports of the first two panels were said to be “inconclusive on whether continuation of pregnancy would injure her mental health”, according to the Times of India.

NOTE: Klinefelter’s syndrome is a chromosomal disorder with a wide range of effects, the severity of which vary considerably from person to person, including low motor development, heart problems, auto-immune disorders, fertility problems, and relationship and other problems that may require lifelong support.