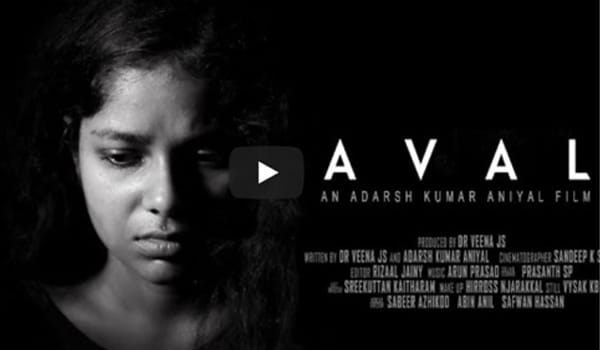 Although India has fairly liberal laws when it comes to abortion, medical professionals are often hostile to women who approach them to get the procedure done. In cinema, too, abortion has been equated to murder far too many times. With the glorification of pregnancy and motherhood, this important reproductive right which gives women autonomy over their own bodies is demonised repeatedly.

A Malayalam short film calledAval, directed by Adarsh Kumar Aniyal (ofRavenfame) and released on YouTube recently, presents the bitter truth about the issue. In the film, a young woman in an abusive marriage who did not want to keep her pregnancy, develops post-partum depression and ends up killing her child. Interestingly, the film has been produced and co-written by a medical professional, Dr Veena JS.

Dr Veena says: “I’ve been observing the violations taking place in abortion cases and in labour rooms for many years now. I’ve seen this happening in a personal as well as professional capacity. This situation is common in most parts of the developing world, it happens even in the developed world. But we hardly see this being represented in cinema.”

Pointing out that cinema is the biggest medium that there is, Dr Veena says, “I feel like there’s no point just talking about this everywhere, it should appear in films too. I’m someone who attends film festivals quite often, perhaps that’s why I decided to make this film.”