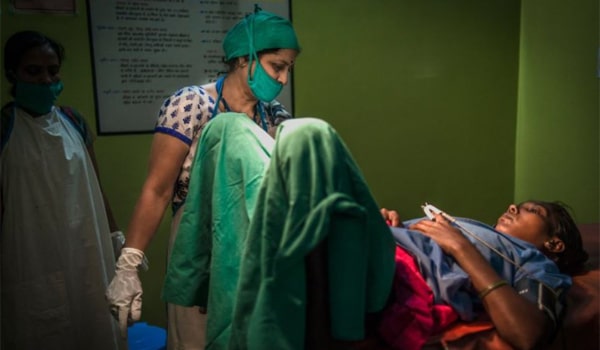 There has been an increase in women approaching the Supreme Court of India and High Courts in different states seeking permission to end unwanted pregnancies. An analysis of these court judgments, recently published by the Pratigya Campaign for Gender Equality and Safe Abortion, found cases of 194 women in the last three years who went to court seeking abortions in traumatic circumstances – including rape, risk to life and mental health, and serious fetal abnormalities. Between 1 June 2016 and 30 April 2019, 21 cases were heard in the Supreme Court and 173 in High Courts.

The judgments have been conflicting and unpredictable, however, according to Pratigya’s research. Adjudication has been done on a case-by-case basis, with the women’s choice and rights over their bodies not being prioritised. There has been no consistent jurisprudence for cases involving sexual assault or fetal abnormalities, or compensation for systemic delays and the trauma caused, or understanding of the implications of the pregnancy on mental health, or the woman’s financial capacity to raise children, among other issues.

The Supreme Court granted abortion in 15 of 20 cases; the 21st case involved a petition to set up committees to draft amendments to the MTP Act. In the rape cases where abortion was allowed, the Supreme Court based its decision on a medical board’s opinion regarding the feasibility of the procedure.

Of the 173 cases in High Courts, the Bombay High Court heard 88 cases, followed by 22 in Madhya Pradesh. Abortions were permitted in 139 cases and denied in 29 cases. Three petitions were withdrawn by the petitioners, one case was dismissed because the woman did not appear before the medical board, and in the last case the woman had a miscarriage.

Among the 92 rape cases heard, 75 were allowed and 17 were rejected for varying reasons, with the court relying primarily on the opinion of the medical board. All 30 cases involving rape of minor girls were granted permission to end the pregnancies. The study found that 23% of the cases, that is, 40 women who petitioned the High Courts, were below 20 weeks of gestation, including a few cases at 8 weeks and 12 weeks, which did not need court permission. Even though all of these abortions were allowed by the court, the fact that they went to court at all points towards the difficulties women face accessing abortion.

The reasons for rejection were not mentioned in most of the news stories on this report. One case reported in 2017 in Asia News was of a 37-year-old woman who was 26 weeks pregnant. She had a fetus with Down Syndrome, and her request for an abortion was rejected by a Catholic judge, who said: “We have a life on our hands… The anomaly of the fetus [in many cases] does not pose risks to the health of pregnant women.”For him, the woman’s request was secondary.

On average, it took 12 days for the Supreme Court to make a decision. The High Courts took longer – an average 23 days in one court, 17 in another – while one court decided within 7 days.

Under the Medical Termination of Pregnancy (MTP) Act 1971, trained doctors in registered hospitals can provide surgical abortions up to 20 weeks, while abortion pills can be prescribed up to seven weeks outside registered hospitals. The Act also allows termination of pregnancy after 20 weeks to save the life of the pregnant woman. The Act also recognises an unwanted pregnancy could damage the woman’s health, including causing “grave injury” to mental health, but it leaves the decision-making to doctors, not women.

India’s Medical Termination of Pregnancy Bill 2017, which has not progressed, proposes to raise the upper limit of legal abortions from 20 weeks to 24 weeks; in the cases of substantial fetal abnormalities, fix no upper limit; train non-doctors to provide medical abortion pills to increase the provider base in the first trimester; and extend the ground of “failure of contraception” to all women and not just married women.

In July 2019, the Economic Times reported that the Supreme Court had sent a notice to the Centre about a Public Interest Litigation to reconsider that women should have the right to decide on abortion. No further information appears to have been published.

Meanwhile, today, unsafe abortion is responsible for approximately 8% of pregnancy-related deaths in India, making it the third highest cause of maternal mortality. In 2015, there were 15.6 million abortions in India.