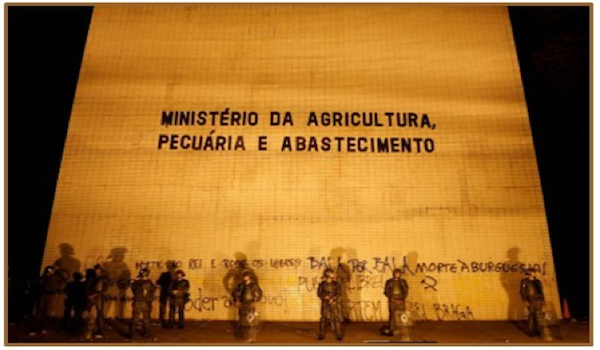 Since Sexuality Policy Watch began systematically reporting on abortion politics in Brazil, they have been tracking how struggles over abortion have reflected a wider, escalating political crisis in the country. In March 2015, when a group of feminists visited the Supreme Court and the Ministry of Women’s Policies to deliver a petition demanding decriminalization of abortion, political uncertainty was already in full bloom. At that time, the newly elected president of the House, Eduardo Cunha was preparing a frontal attack on the Roussef presidency, which culminated in her impeachment in August 2016.

At the same time, together with his Congress associates, Cunha was pushing a series of regressive legal reforms related to abortion rights, which included a 2013 bill aimed at restricting access to abortion in cases of rape, and two amendments aimed at enshrining within the Constitution the “right to life from the moment of conception”.

In contrast, a series of Senate Human Rights Committee Public Hearings were held on a legislative proposal to make abortion legal, which had been presented in 2014 through the Congressional cyber platform (e-legislative), with more than 20,000 signature. (See SPW reports here and here). However, it was never taken forward.

By October and November 2015, when the feminist movement took to the streets to protest against Cunha’s anti-abortion proposals, the Zika epidemic erupted; further igniting abortion rights debates (check here), mobilizing the feminist NGO ANIS to present a lawsuit to the Supreme Court demanding respect for the constitutional rights of pregnant women and mothers affected by epidemics, including the possibility of pregnancy termination. Then Roussef was impeached and two months later in October 2016, Eduardo Cunha was imprisoned (which signaled that his amendment on the “right-to-life from conception” would be considered dead).

Despite these unfavourable conditions, the struggle for abortion rights has not stopped. In November 2016, in a ruling on a criminal case involving health professionals at a clandestine abortion clinic, the Supreme Court made public a substantive decision in which the constitutionality of criminal laws on abortion was openly contested and a normative suggestion was made that abortion should be legal until the 12th week of gestation (check here). This groundbreaking commentary had international repercussions and inspired new steps towards ensuring abortion rights in the sphere of the judiciary. In March 2017 the Party of Socialism and Freedom, in partnership with ANIS, presented a second petition to the Supreme Court calling for the full decriminalization of abortion.

As this highly volatile and complex political situation was building up, in a response by anti-abortion forces to the Supreme Court decision, the Constitutional amendment on the “right to life from conception”, dormant in the Committee on Constitution and Justice since 2015, was re-introduced for rapid processing. In April, a rapporteur was nominated to write an opinion and very quickly approved it. It was then sent to the Senate plenary for a vote.

Since last week, Brazilian feminist organizations have been mobilizing against the amendment.On 30 May, the mainstream press finally addressed the risks involved (check here in Portuguese). It is vital that this information is widely circulated internationally. Alongside the formal Senate debate, another public consultation (e-legislative) was tabled on the internet to collect views in favour of or against the anti-abortion Constitutional amendment PEC 29/2015. On 1 June, the NO votes were 5,483; the YES votes were 5,397.

Are you Brazilian? If so, please go to the public consultation website and vote Não: