Home » News » In memoriam: we have lost three giants

It is with great sadness that I share the news that Adrienne Germain ended her life on 19 May 2022. There will be many statements published in the coming weeks celebrating her and sharing her enormous achievements. Adrienne worked for the Ford Foundation in New York – one of the first donors to support SRHR – for 14 years, until 1985. Adrienne co-founded the International Women’s Health Coalition (IWHC) with Joan Dunlop in 1986 and served under Joan as its vice-president and programme director until 1998. Joan stood down from being president of IWHC in 1998 and Adrienne became IWHC’s president from 1998 to 2011. Joan died in 2012. As a leader of leaders in our movement, Adrienne contributed passionately to the abortion rights and sexual & reproductive rights movements internationally. She was instrumental in bringing together an international feminist presence from many countries that greatly influenced the Programme of Action of the International Conference on Population and Development in Cairo in 1994 and the Women’s Conference in Beijing in 1995 – an influence which has continued and expanded in all the years since. With Joan, she made IWHC one of the most important supporters of and donors to feminist advocacy and women’s human rights by feminist groups across the world. 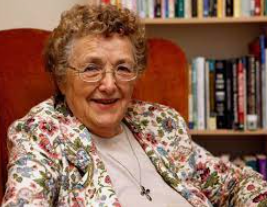 Rosemary Radford Ruether, described by Catholics for Choice (CFC) in the USA as the mother of feminist theology, a faithful pro-choice Catholic, and CFC board member, has died at the age of 85. Being pro-choice was central to her faith and activism. She was a true “scholar-activist,” who dedicated herself to justice for women and people of colour, the poor and marginalised, peace in the Middle East, and care of the Earth through her writing and advocacy. After losing out on a job opportunity in Catholic higher education in the 1960s for writing the article “Why a Catholic mother believes in birth control” for the Washington Post magazine, she joined the board of Catholics for Choice, and published a ground-breaking book, Sexism and God-Talk, in 1983. Months later, she joined hundreds of other Catholic theologians calling for dialogue about abortion in the church in a legendary New York Times advertisement organised by CFC. You can read more about her life in this profile by Dr Mary Hunt, co-founder and co-director of WATER (Women’s Alliance for Theology, Ethics, and Ritual). 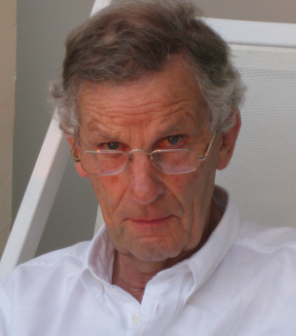 Professor David Baird, one of the UK’s most eminent figures in obstetrics, gynaecology and reproductive biology, died in February 2022 at the age of 86. Reflections on his life and contributions shared by former colleagues, associates, trainees, and patients testify to an unparalleled reputation as a research leader, teacher, and caring clinician. He remained a lifelong mentor, friend, and source of wise counsel to those who were privileged to know and work with him. He was a passionate advocate for the rights and health of women and for women in medicine.

David’s many internationally recognised scientific and clinical contributions have had a huge impact on women’s healthcare and on the careers of colleagues in his discipline worldwide. His past trainees and collaborators have spread his influence in every continent. David’s training enabled him to bridge the gap between basic science and clinical research, and his clinical experience allowed him to identify important problems for research and to detect the impracticability of some scientific suggestions His vision of the added value of scientists working alongside clinicians close to their patients underpinned the establishment of the University of Edinburgh Centre for Reproductive Biology in 1972, creating a model that was to be emulated in many countries.

He played a leading role in the development of the first chemical assay for the measurement of the sex hormones oestradiol and oestrone in blood. Working with others, he explored the concepts of steroid pre-hormones which have since been widely applied in other systems. Further seminal work addressed hitherto unrecognised roles for prostaglandins in reproduction. He demonstrated the remarkable biological phenomenon whereby prostaglandin F2α from the uterus travelled against the bloodstream to reach the corpus luteum in the ovary and bring about its demise at the end of each ovarian cycle.

David was the most eminent British gynaecological endocrinologist of his generation. He wrote over 400 peer reviewed scientific publications and was editor of several books on reproduction. He pursued his belief in the need for improved understanding of human reproductive biology and its translation to benefit individual patients. And he engaged the government, the medical profession and the public in the ethical and scientific debates surrounding these fundamental scientific advances – including in relation to fertility, assisted reproduction, early pregnancy and abortion.

He was also extremely proud of his role in the development of medical abortion.