Home » News » ‘Illegal, but they’re everywhere’: How women help other women get abortions in Indonesia

In Indonesia, where abortion is illegal, many women undergo unsafe abortions, putting their lives at risk. Other times, they are forced by doctors to engage in sexual intercourse in exchange for an abortion. JAKARTA, Indonesia – In 2003, Inna Hudaya was a college student in Yogyakarta. With no access to contraception and little information about safe sex, she soon found herself with an unwanted pregnancy. Hudaya decided to have an abortion when she was 6 weeks pregnant, despite not understanding her choice or the consequences of it.In a blog, she described the pain of a shady abortion process in Solo, where she lay in a hotel room and an older woman penetrated her vagina with her fingers. Hudaya was left bleeding after the ordeal, and depressed for years after. “I experienced an unsafe abortion. I had to get through depression after it,” she told Rappler.The experience inspired her to start a blog and to educate women who sought an abortion, in hopes of preventing others from having to undergo what she did. The blog has since grown to an organization called Samsara after other women shared similar experiences with her, highlighting the demand for increased support and education relating to abortions.Samsara was founded in 2008.“Samsara” means “reborn” in Sanskrit. We thought of this name because we’ve been through depression, stress, pressure,” she said. A support group of women she met agreed they wanted to “change the depression into something new”.“We wanted to get our lives back,” she said. “Reborn to us now means women who didn’t know about their rights, now they know about their rights and can now exercise their rights.” 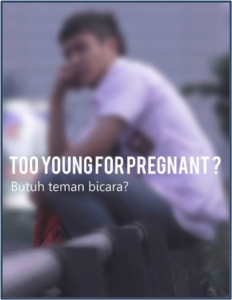 Abortion optionsAccording to the International Planned Parenthood Federation East and South East Asia and Oceania Region (IPPF ESEAOR), 3 million women undergo unsafe abortions yearly in the region…Samsara started by providing abortion counselling to women who have undergone abortion.“One of the reasons why we had to go through depression was because we don’t know what to expect when we decided to have abortion, From there, we decided we have to provide free counseling for women,” she said.But soon, Hudaya said it became evident counselling was not enough. Samsara’s main programme is now a safe abortion hotline.In Indonesia, abortion is illegal except to save the life of a woman. In some cases of rape or fetal abnormality, it is also allowed up to 6 weeks. But Haduya said this does not prevent women from having abortions.The hotline provides advice on abortion options for women.“When we started the hotline, we talked about access to surgical abortion. But it is only if you have money,” she said. “In 2011, when we found out about medical abortion, we started disseminating information on misoprostol for safe abortions. This is revolutionary because since then, we don’t need to assist women to access surgical abortion and put them at risk of violence or discrimination.”Hudaya said when it came to surgical abortions, they used to assist women going through theprocess so they did not have to go through it alone, nor face discrimination from the doctor.“Some of them are forced to have sex with the health provider in exchange for an abortion because they don’t have any money,” said Hudaya.StigmaThe situation is especially difficult for unmarried women, who face stigma and shame upon entering clinics. Many clinics and doctors choose not to see unmarried women. Still other doctors ask for the jewelry the women are wearing as payment for the abortion when they don’t have enough money.Because of desperation, some women agree to sexual intercourse or give up their belongings just to get an abortion – especially those who spend their money to come to Jakarta, and are afraid of going back to their hometowns still pregnant, or of the doctor changing their mind about giving them an abortion.“If you want an abortion within the first trimester, it goes up to $300. It can go higher, the later (the pregnancy) goes. Sometimes (the price) depends on the mood of the doctor,” Hudaya said.“When we assist women to access surgical abortion, we give advice to women on how to negotiate with the doctor. We tell them, ‘Don’t bring a car, take a taxi.’ If you look rich they will ask for more.”But now, with safe abortion possible by taking medication, 90% of hotline callers prefer medical abortion, she said. It is also cheaper and safer than flying to Jakarta for a surgical abortion, since a medical abortion can cost less than $25.According to the World Health Organization, the complication rate of medical abortion is less than 2%.“Whenever they want to cancel they can do it at the last minute,” Hudaya said, citing another advantage of medical abortion. “The success for us is when we finally gave power back to the hands of the women. We disseminate information, based on WHO guidelines.”Women’s bodiesHudaya emphasized that Samsara does not provide the abortions itself, but provides information on safe abortions as well as counselling.“Abortion is (largely) illegal but everyone knows it’s everywhere. It’s happening. It’s very, very common. The hotline does not help increase abortion. The hotline helps women make a decision. The hotline reduces maternal mortality,” she said.Samsara also tells their callers where to buy safe medication, which shops sell fake drugs, and how to choose medicine that is affordable and not more than $75.Asked what the government thinks about their work, she said the government is aware of their organization but has turned a blind eye from them since women’s health is not a priority for lawmakers. “The government knows about what we’re doing. Abortion is a gray area. There’s some initiative for the government to do better, but maybe the politics does not support their initiative. They’re not against us but they don’t support us,” she said.While Samsara started only though women’s donations, it has since enjoyed support from global funds like the Safe Abortion Action Fund, based in London. Various countries have also helped with their funding for the last 3 years.But Hudaya has a bigger dream for the organization, which has also started educating women on sex and health across the country on the grassroots level, by visiting schools, markets and communities.“My goal is that 10 years from now there would be no more Samsara. But it would take 20-25 years probably. We are taking small steps. I do believe in 20-25 years. All these young people are very open-minded, they will change the law. I believe in the power of young people,” she said.She also expressed hope that the law would change to empower women.“Abortion should not be outlawed. Women’s bodies should not be a topic for politicians or public consumption. It should not only be legal in Indonesia but also in other countries. Abortion is about women’s autonomy. We cannot reach equality without women’s body autonomy.” – Rappler.comReprinted with kind permission.SOURCE: Rappler, by Natashya Gutierrez, 30 May 2016VISUALS: Samsara Facebook