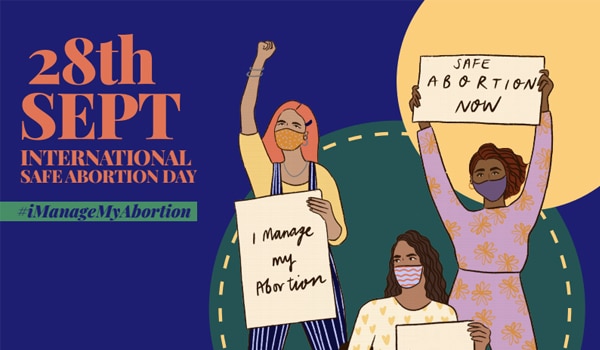 The Covid-19 pandemic has highlighted and exacerbated differential access to safe and legal abortion around the world, both between and within countries during 2020. Many borders have been closed and lockdowns have confined women to their homes, making it difficult to access safe, legal abortions. Even where abortion is accessible, in-person and especially hospital-based abortion care have become considerably more difficult to obtain.

The pandemic has exposed the damage caused by highly restrictive abortion laws. In some cases, unwilling doctors have used it as an excuse not to provide abortions by describing them as “non-essential”, “non-emergency” or “routine” care. For the most part, however, reduced access to abortion care has been a consequence of the pandemic itself. This has been and remains a rapidly changing scenario, and different countries have responded in different ways. We are only likely to find out the real extent of whether and how women were able to find abortions through health systems later.

Both urgent and less urgent health care have been postponed or delayed as healthcare workers give their all to dealing with Covid-19. Due to the lack of adequate personal protective equipment and testing, many health workers have become infected themselves or been forced to stay off work in quarantine. The risk of infection in clinical/hospital settings where counselling and attendance for abortion care normally take place, and having to collect and take abortion pills in person, could be avoided with a change of policy. Women themselves have been afraid to seek care even when services are open and safe, for fear of infection on the way, due to lack of safe transport and concern that even if they reach a clinic, they may not be able to get the care they came for. The further they have to travel and the less money they have, the harder that will be. These problems apply to many other aspects of health care as well, not just safe abortion care.

At the same time, we have barely begun to address the fallout from this pandemic for national economies, work, housing and education, let alone the wider effects on global public health.

Hence, we approach International Safe Abortion Day, 28 September 2020, aware that the global context in which we demand the right to safe abortion has changed substantially. It certainly makes access to safe abortion, safe contraception and safe motherhood more important than ever.

When it comes to safe abortion, a major change has been taking place. Today, women no longer have to rely on their health systems for abortions as they did when abortion was only a surgical procedure. In the mid-1980s, women in Brazil realised that an over-the-counter medication called misoprostol was an abortifacient; the word spread rapidly. In 1988, the Canadian Supreme Court rescinded all Canada’s laws restricting abortion, though no other country has yet had the courage to follow in their footsteps. Also in 1988, France approved mifepristone, and a new, safe and effective abortion method – abortion pills – was developed by committed scientists and researchers, including at the World Health Organization, and began to be approved by countries.

How can essential health care be a criminal act? It can’t
In the face of criminal and restrictive abortion laws and the continuing refusal of safe abortion care to every woman who requests it, women are increasingly getting abortion pills from sources outside their health systems. The pandemic is likely to have made this far more necessary and common.

Only a few countries have officially “allowed” telemedicine and self-managed abortion at home because of the pandemic. Women are therefore having great difficulty finding a way to access safe abortions. Experts fear that this will lead to a big increase in unsafe abortions and later abortions, including in the second trimester. Unsafe abortion is already a serious public health problem; surely no one wants to see that get worse again.

The pandemic notwithstanding, almost all national laws and policies on abortion are outdated – they are leftovers from both the 19th and 20th centuries. Most treat women like chattel. Some people may say that the middle of a pandemic is not really a good time to raise this. But the right time never seems to come. We have been knocking on this door for 100 years. We say it is past due time to bring abortion laws, policies and services into the 21st century – precisely because of the implications and fallout from this pandemic.

100 years of waiting for universal access to safe abortion
One hundred years ago, in 1920, the Soviet Union passed the first-ever law that made abortion legal, under the aegis of Alexandra Kollantai, the first People’s Commissar for Social Welfare.

All States should respect, protect and fulfil the right to health, life and well-being of all those who need a safe abortion. Universal access to safe abortion should be guaranteed by every State as part of its commitment to comprehensive sexual and reproductive health care, as a matter of social justice, and the right to decide whether and when to have children.

This statement is also available in Spanish here.