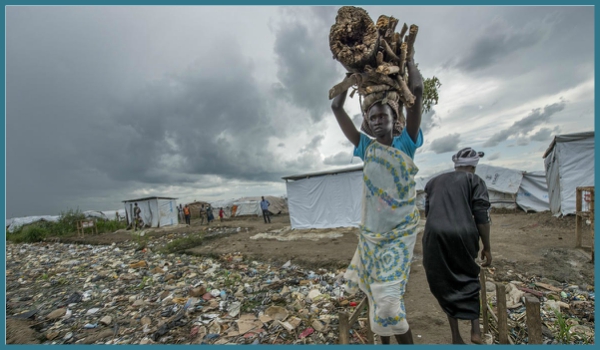 Advocates campaigning for refugees to have access to safe abortion in humanitarian settings say they have made major progress at a recent high-level meeting – but that “political sensitivities” among countries and some United Nations agencies are holding back efforts to get the full spectrum of sexual and reproductive health services to those who need them.

In early November 2017, representatives from the Inter-Agency Working Group on Reproductive Health in Crises (IAWG), which includes UN agencies and civil society groups, met in Athens to discuss revising the field manual for aid workers providing reproductive health services in the initial phase of a humanitarian crisis, called the Minimum Initial Service Package (MISP) for Reproductive Health, which is part of the Inter-Agency Field Manual on Reproductive Health in Humanitarian Settings (IAFM). Intended changes included expanding the range of contraceptive options recommended and including safe abortion as an objective for the first time.

Including long-acting contraceptive methods (in addition to short-term ones) to reduce unintended pregnancies was agreed, but including an objective on safe abortion was rejected by the UN Population Fund and UN High Commissioner for Refugees, who expressed concern that it could cause country governments to reject the overall package. Some participants apparently referred to what the Devex report described as “a lack of strong evidence that it is feasible or sensible to include abortion as a minimum guideline considering how divisive the issue is”.

The new text that was agreed was: first, as a sub-point under the objective on preventing excess maternal and child deaths, which states practitioners must “ensure the availability of lifesaving post-abortion care in health centres and hospitals”; and second, a “note” which states that it is “important to ensure that safe abortion care is available, to the full extent of the law.”

The MISP was first developed in 1995 in light of the International Conference on Population and Development 1994 in Cairo where among other things awareness was raised that women in humanitarian settings face great risks of sexual violence and unwanted pregnancy and associated health complications, and are also more likely to have their contraceptive cover interrupted. However, the so-called Cairo compromise, which failed to acknowledge that when the full extent of the law is restrictive, abortions are unsafe, a compromise which continues to dog efforts to promote safe abortion 23 years later.

Sandra Krause, director of sexual and reproductive health at the Women’s Refugee Commission and a member of the IAWG steering committee, described the need for greater focus on research and monitoring at the field level, and better coordination around implementing sexual and reproductive health services in humanitarian settings. Hopefully, more evidence from the ground of the need for safe abortions in humanitarian settings (not least given the extent of rape and sexual abuse) would show why the inclusion of safe abortion, including post-abortion care as emergency obstetric care after unsafe abortions, is crucial.

Other topics that received attention at the meeting were: providing services to marginalized populations, including adolescents, people with disabilities, and LGBT groups, and offering care and services to male survivors of sexual violence.

The IAWG Annual Meeting Report has just been published and is available here: http://iawg.net/event/17th-annual-iawg-meeting/.