Home » News » ‘I am a criminal. What is my crime?’: the human toll of abortion in Afghanistan 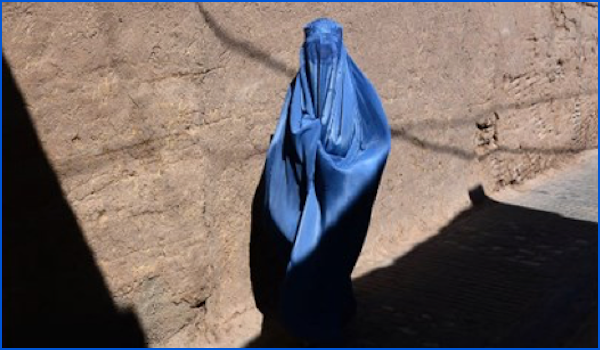 When Maryam had an abortion, her husband beat and humiliated her. Her story is not unusual in Afghanistan, yet illegal, unsafe terminations are on the rise.

As a newlywed, Maryam’s husband promised to let her finish her university degree. Then she got pregnant, and everything changed. “For a week, I was in shock. If my husband’s family knew I was pregnant, they would never let me finish university,” Maryam said. So she acted promptly. She found a midwife willing to perform a surgical abortion, selling jewellery from her dowry to raise the required 250,000 afghanis (£2,900).

At the clinic, something went wrong. Maryam ended up in hospital where she awoke to find her husband shouting angrily: “Why did you do this? Why did you kill my child?” The punishment started as soon as she was discharged. In Afghan society, abortion is seen as a blot on a family’s honour; Maryam’s husband defended his by beating her viciously and shaving her head. “To show I was a whore,” she said…

One sign that abortions are becoming more widespread is the price, which has dropped since Maryam had her abortion four years ago. Clinics now charge 15-20,000 afghanis for a surgical procedure, while a medical abortion costs about 6,000. For young, often unemployed women it is a hefty but not always ruinous fee.

Karima had been a nurse for three months before she discovered what went on in the clinic’s closed-off rooms. At first, she was ridden with guilt. One particular memory, of flushing a four-month-old fetus down the toilet, still haunts her. But, she says, she discovered that abortions save more lives than they take. “The honour of these girls is more important than religion. If I don’t do anything for her, it will be shameful for her family. They might kill her.”

Shabana, 16, had an abortion after her brother-in-law raped her. “I am the victim, but I am a criminal,” she said. Shabana’s sister did not believe her husband would rape her. Neither did her parents: as punishment, they banned her from leaving the house. Marriage is now a distant dream. Everyone knows she had an abortion. Her reputation as a non-virgin will deter most potential suitors. “What was my crime?” Shabana said. “I am in jail, a jail my family made for me.”