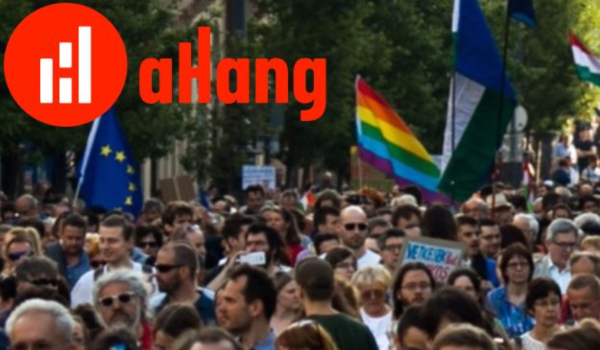 When it comes to power, what does the far right do to women? In Hungary, Prime Minister Viktor Orban’s racist, nationalist, extremist discourse goes hand in hand with the desire to keep women pregnant. In Poland, where the ultra-conservative Law and Justice party has been in power since 2015, the government is tirelessly trying, with the support of the Catholic Church, to prevent women from having access to abortion and contraception. “In these two countries, the role of women as individuals is slowly disappearing from public policies and being replaced by ‘the family’,” warns Andrea Pető, professor at the Central European University of Budapest.

“The Hungarian government is using two topics to campaign: its anti-immigration stance and the family,” says Dóra Papp, an activist and director of the petitions platform of aHang (The Voice). Last year, the government declared that 2018 would be the “year of families”. Its discourse: “We must protect Christian families from multiculturalism”. Orban came to power nine years ago with a two-thirds majority in parliament. Known for his racist and anti-European tropes, he and his government are also fixed on sending Hungarian women home to procreate and raise good Christian families. A 2013 constitutional reform included this idea of ​​the family as the foundation of the nation in the Basic Law: “Hungary must protect the institution of marriage, understood as the consensual union of a man and a woman. The family is the basis of the survival of the nation. Family ties are based on marriage and the relationship between parents and children.”

These reforms swept away any possibility of recognition of same-sex unions, and marginalised other kinds of family formation. Abortion was legalised after the Second World War. But since 2013, Article 2 of the Constitution says that “the life of the fetus must be protected from the moment of conception”. Orban has not (yet) tried to change the law on the right to abortion, but publicly supports organisations that oppose it. The government has also funded a poster campaign against abortion by diverting European money intended for employment and social solidarity programmes. In 2017, Orban himself opened the 11th International Family Congress in Budapest, organised by US anti-abortion organisations. In March 2019, in Verona, at the invitation of the far-right mayor, the Hungarian Secretary of State for the Family was one of the guests.

“A few months ago, after a fall in the polls in the popularity of Orban’s party, the government passed measures called “support for families” reports Dóra Papp. In February 2019, the government announced a series of pro-natalist measures. Among them: a lifetime income tax exemption for mothers of four children, a loan granted to women who are getting married for the first time, if they are under 40, and 30,000 euros in mortgage loan paid back by the state for large families. These policies should be voted soon.

A women’s initiative was created in November 2018 to try to counter this position, Magyar Anyák (Mothers’ Group for Democracy). They launched a campaign called the “Year of disappointed families”. They say most Hungarian families are not happy because there are not enough facilities and services for taking care of children. And that current family support policies are only for the middle class, not the poorest.

“When we look at the official reports that Hungary and Poland send to the UN CEDAW Committee, we see that they replace the concept of women with that of family,” said Andrea Pető. Women as independent agents are slowly disappearing from public policy documents, behind the single word family. “